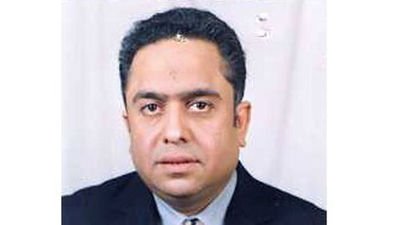 The United Kingdom has approved the extradition of Yagnesh Devani — the businessman behind the Sh7.6 billion Triton petroleum scandal — back to Kenya to face charges over the scam.

The British government last week notified Nairobi of readiness to facilitate the return of Mr Devani after what it said was a solution of a “legal matter” that prevented his deportation.

Julian Gibbs, the UK’s Head of Extradition said Kenya will now be free to follow through on the procedure and have their man face trial back in Nairobi.

“I would be very grateful if arrangements could be made as soon as possible to give effect to Mr Devani’s extradition,” Mr Gibbs wrote in a letter seen by Business Daily and addressed to the Kenyan Director of Public Prosecutions. The Business Daily could not get an immediate comment from the DDP Noordin Haji.

Mr Devani, who turns 56 on March 23, has been on the run since June 2009 from a case in which he was charged with swindling the country billions of money in a crude and refined oil importation scam.

Under the UK Extradition Act, Kenya belongs to Category 2 countries. Once the Court cases for extradition have been heard, the UK Secretary of State often issues an extradition order. Usually, once such an order is issued, the person must be extradited within 28 days.

In 2011, Kenya filed an extradition request to have Mr Devani brought to Kenya to answer charges of defrauding the Kenya Commercial Bank, Emirates National Oil Corporation of Singapore.

In May last year, the Court of Appeal in the UK dismissed his application seeking asylum in the UK, effectively allowing his extradition to Kenya to face several charges of fraud.

The oil scam, often known as the Triton Scandal, was allegedly made through Mr Devani’s company, Triton Petroleum Ltd. The firm, in which Mr Devani was executive chairman, landed a lucrative tender to supply oil under a system introduced to help local oil firms.