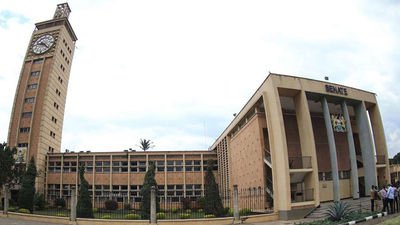 Landlords and property owners will be required to keep a registry of tenants under a proposed law that is likely to raise further concerns about surveillance by State security agencies.

The tenants’ registry, which can be made available to the State, will contain personal details such as names, postal addresses, phone numbers and e-mails.

The National Intelligence Service (NIS) lobbied the National Assembly’s Administration and National Security committee to include the requirement of the registry in the Narcotics, Drugs and Psychotropic Substances (Control) Amendment Bill.

Landlords will also be expected to conduct due diligence or background checks on their tenants to include their employment station and home country to allow easy tracking.

The Bill is headed for second reading in the National Assembly.

Although the tenants’ registry is fronted as a weapon against drug lords, it will provide the NIS and the police with background details of the nearly five million Kenyans that lease home and office space.

Property owners in breach of keeping the records and conducting background checks on their tenants face a fine of Sh1 million or two years in jail in the legal changes that will raise privacy concerns.

“Every owner, occupier or persons concerned with management of any premises, shall keep a register in his premises and shall enter the name and address of every tenant and occupier who occupies the premise,” said the committee in amendments to the Bill.

“The rational of the new section is to provide for landlords and owners of buildings to conduct due diligence on their tenants and occupiers of their premises.”

According to the 2019 Population and Housing Census, 4.66 million households reported living in rented dwellings.

The push for a tenants’ registry comes at a time when the State is seeking to boost its surveillance of communications that it believes could breach national security.

A separate Bill before Parliament is amending the Official Secrets Act of 1968 to make it compulsory for anyone who owns a mobile phone or a communication gadget to provide information on persons and data that the State is pursuing for national security breaches.

Kenyans face a fine of Sh1 million for refusing to disclose SMSs, emails and WhatsApp messages that the government believes breach national security if Parliament adopts the proposed law.

Besides introducing the Sh1 million fine, the Bill seeks to clarify terms used in the current law that was passed over 50 years ago to reflect the changes that match trends in the telecommunications industry.

For example, the proposed law introduces ‘telecommunications apparatus’ that will replace ‘telegrams apparatus’— a term that was used before the widespread use of text messages, WhatsApp and emails.

Crimes that are considered a threat to national security include smuggling of drugs and weapons like guns that are shipped in from neighbouring countries entangled in civil wars.

Lawmakers have also backed a number of a new sections to be inserted in the Narcotics, Drugs and Psychotropic Substances (Control) Amendment Bill to enhance penalties of the offences of trafficking narcotic drugs.

The MPs agreed with majority of NIS recommendations that will heavily punish property owners who allow their premises to be used as stations for manufacture and trading in drugs.

Tenants, landlords and property managers face a fine not less than Sh20 million or a term of imprisonment of not less than 10 years or both if their premises are used for drugs manufacture and trading.

The committee chaired by Kiambaa MP Paul Koinange wants the Bill amended to have a law enforcement officer or a public officer who works at various exit and entry points face a Sh20 million fine or 20 years in prison for aiding trafficking of narcotics.

The committee has backed the imposition of hefty fines of up to Sh50 million or three times the value of the narcotics and 50 years in jail where one is found trafficking more than 100 grams of narcotics.

Those found peddling less than 100 grams will part with Sh30 million and serve 30 years in prison.

Individuals found with bhang or cannabis intended solely for own consumption have had a reduction of jail terms from 10 years to not more than five but will face a Sh100,000 fine.

Lawmakers have also endorsed an amendment that will see convicted drug traffickers and narcotic peddlers barred from seeking elective or appointive public office for 30 years after imprisonment.

Kenya is grappling with a rise in crimes committed through mobile phones and communication gadgets that have been blamed on weak laws.

Last year, the US flagged Kenya as a global hotspot for money laundering and a conduit of money used to fund terrorism due to insufficient legal controls.