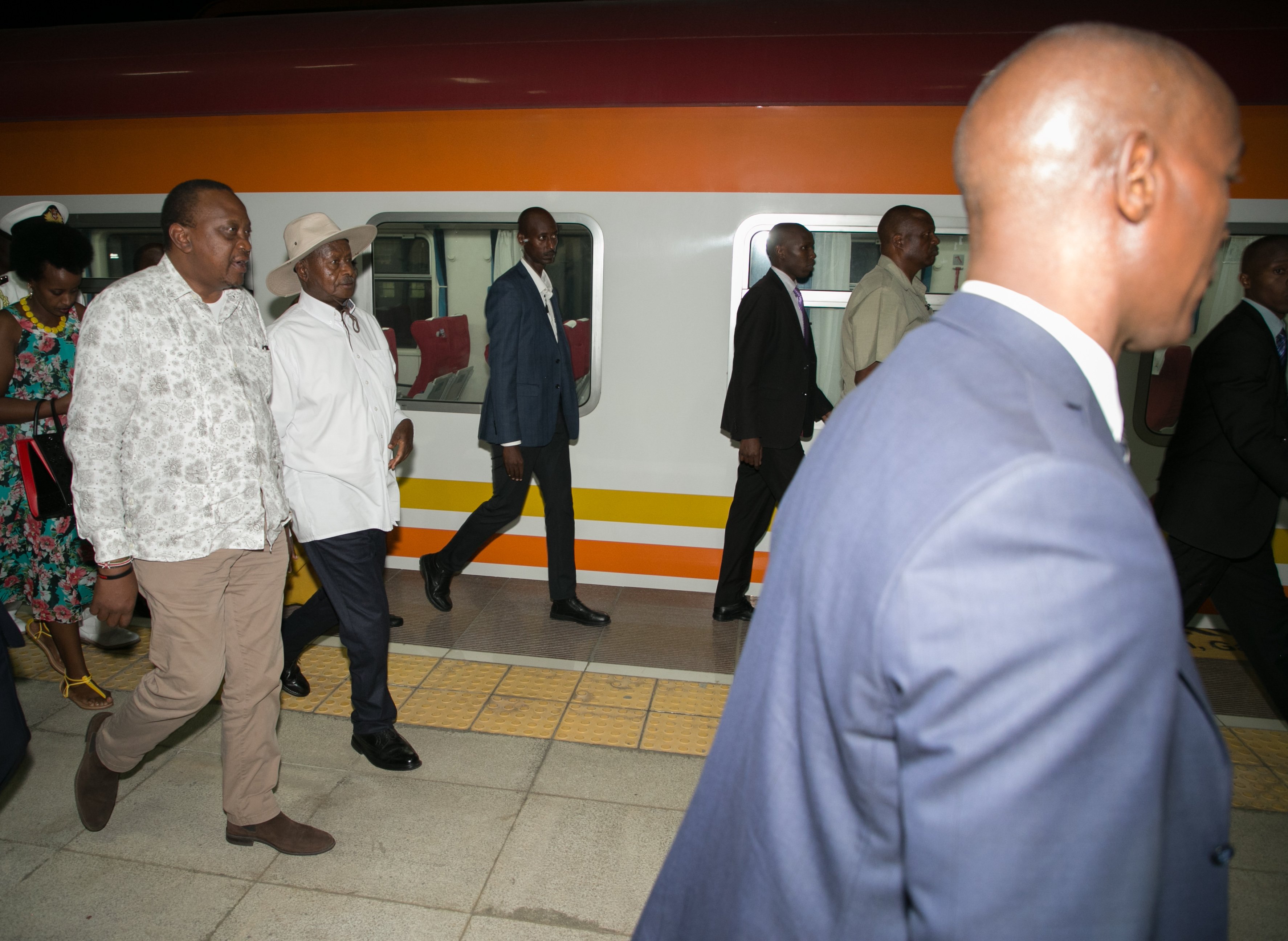 Uganda has asked Kenya to adjust its plan to have all goods heading to Uganda transported by train from Mombasa to Naivasha – in effect stopping trucks from going as far as the coast to pick cargo. It was one of several measures to control COVID-19, that has hit truck drivers crossing the borders.

Uganda’s Minister of Works and Transport Gen Wamala Katumba has written to his Kenyan counterpart James Macharia asking the use of  Naivasha ICD for transit cargo to be optional.

Kenya issued a directive last week that stated that cargo destined to Uganda, Rwanda and South Sudan be handled at the ICD.

Katumba said Uganda’s request was arrived at after a review within the ministry and private sector.

“It would not reduce the human traffic movement as truck drivers will still be required to pick the containers from Naivasha to their destination,” Katumba said.

According to the Freights and Logistics magazine FEAFFA, Katumba urged the Kenya government to make it more attractive, so that big industry players like Bollore Logistics, Mukwano Group of Companies and others can be encouraged to start using this facility because of economies of scale.

The plan that was to start June 1, was that all transit cargo destined for Uganda, Rwanda and South Sudan will be transported either on Standard Gauge Railway (SGR) for clearance at Naivasha ICD or Medium Gauge Railway (MGR) to Tororo or Kampala, the government had announced.

“All transit cargo railed to the ICD at Naivasha will be collected by trucks to the Partner States via Busia and Malaba. Further, fuel products will be transported by pipeline to Kisumu and transported by Lake Victoria port Beila or Jinja,” the notice had announced.

The notice further said that all transit cargo transported on SGR will be armed at the ICD and will be tracked through the Regional Electronic Cargo Tracking System (RECTS).