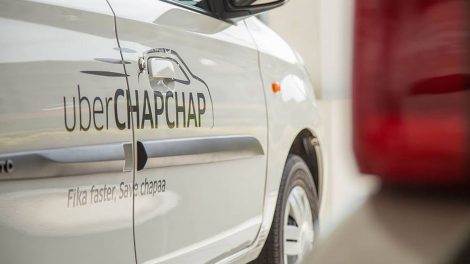 Starting on Monday, regular Uber users will see a significant hike in fares the company has revealed, citing high operating costs. The fare will go up by an average of about 26 percent for the UberX taxis and 13 percent for ChapChap users which is Uber’s version of a budget option. This is a major win for the drivers who have been pushing for the fare increase.

The digital taxi operators came to the decision to increase fares after the drivers complained they were barely making profits with increased fuel and vehicle maintenance costs. In a notice to its partners, Uber said it will increase ChapChap and UberX rates in the latest price review that will see driver earnings rise significantly. “From Monday, 26 August 2019, Uber will be introducing changes to Uber ChapChap and UberX. These changes have been informed by your continued feedback and many months of thorough reviews on the growth and sustainability of your earnings opportunity,” said Uber in a notice sent to drivers and partners on Tuesday.

Riders requesting UberX will pay Sh 11 more per kilometer to Sh 38 and a shilling extra per minute charge, with those requesting the ChapChap option paying Sh 22, which is Sh 4 higher per kilometer and an addition Sh 8 extra per kilometre after the trip exceeds 11 kilometers.

Kenya Insights allows guest blogging, if you want to be published on Kenya’s most authoritative and accurate blog, have an expose, news TIPS, story angles, human interest stories, drop us an email on [email protected] or via Telegram
Related Content:  Facebook To Hide Like Counts
Related Topics:
Up Next

What You Need To Know About The Upcoming iPhone Pro

This Is How To Ensure Your Phone Battery Lasts Longer