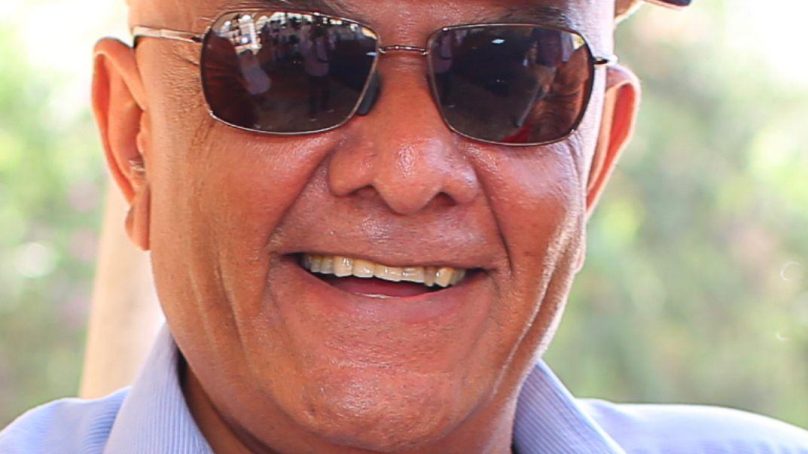 Notorious contractor Ramesh Kurji Visram has come under scrutiny following his deep relationship with the DP Ruto. Ramesh who according to media reports, has been secretly meeting the deputy president in Uganda and neighboring countries to avoid the public glare.

Ramesh is said to be a close friend to Ruto’s private secretary Farouk Kibet who is said to be collecting millions of dollars from the city tycoon to finance UDA political operations across the country.

British businessman Michael Spencer and Mr Lazaro Nyalandu, the former Tanzanian Minister for Natural Resources and Tourism, were in the company of Mr Sudi during the standoff at the airport.

It’s now being said that Ruto camp are courting investors promising them tenders when they form the next government that way fund the DP’s campaign.

Shadowy investors and contractors like Ramesh are taking the shortcuts in sponsoring the campaigns expecting to win deals should Ruto form the next government.

Ramesh is believed to be amongst the contractors battling most suits from disappointed customers. Most of their clients, government agencies included, have complained about poor workmanship that has led to numerous commercial buildings collapsing in the city, due to poor structural viability.

A case in point is a letter by the Industrial Area Business Community who have complained to the Infrastructure cabinet secretary James Macharia on the substandard work being carried out by Ramesh along Likoni Road in Nairobi’s Industrial Area. The work on the two-kilometre stretch were awarded by the Kenya Urban Roads Authority in
2019, and so far, companies like the UK-based British American Tobacco (BAT) cannot access their premises, leading to millions of losses in taxes which would be due to the Kenya Revenue Authority.

Ramesh who is behind a construction firm Cementers Limited, is said to be on the radar of investigation agencies following numerous complaints on some of the shoddy projects he has been carrying out in the country with abandon.

At Kura, Ramesh openly boasts to have pocketed Engineer Jacinta Mwangi, a director of Urban Roads Planning and Design, Engineer Jackson Magondu and Engineer Benson Kariuki in charge of Nairobi, hence that nothing can be done. The iconic Nairobi Expressway, which started in September 2019 covering 27km is set to be
launched by Uhuru Kenyatta next month but Ramesh, has done only 30pc of Likoni Road.

Road agencies are notorious for taking bribes from cowboy contractors, a few have been unlucky and exposed now battling court cases but many of the corrupt officials continue to pocket millions from contractors.

It’s now being reported that top engineers at the three government roads agencies, with close association to Ramesh are being closely monitored in regard to their illicit dealings.

A close friend to the late Sunil Behal of Krishan Behal and Sons Ltd, another notorious contractor, Ramesh and his partners Dipak Halai and Dhamji Premji Mepa are also on the radar of the ministries of Interior and Infrastructure after Asian tycoons in both Kenya and Uganda complained about their illicit trade across the border.

The tycoon seems to tread a road less travelled by his predecessors who include Hayer Bishan Singh and Sons of Kisumu, Laxmanbhai Co Ltd of the Kenya Bus fame and Seyani Brothers.

Word has it that Ramesh has crooked lawyers under his pay who, through rogue state security agencies, would terrorise real or imagined enemies in the construction industry.

A former structural engineer at the firm confided to the publication on how workmanship is compromised at the firm, leading to numerous court cases and arbitration. “Ramesh is the latter-day Deepak Kamani, highly connected within the political circles. But this year will be his waterloo because he has placed his bet on the wrong horse, DP Ruto, whom he used to meet frequently in Uganda, away from the public glare,” said the
engineer.

Kenyans struggles with the burden of paying debts to build the roads, it is important for them to get value for the funds, rogue contractors shouldn’t be allowed to exploit the weak system that one can get away with a shoddy job by bribery. Public funds must be accounted for and protected, will the state take action against Ramesh and others like him?