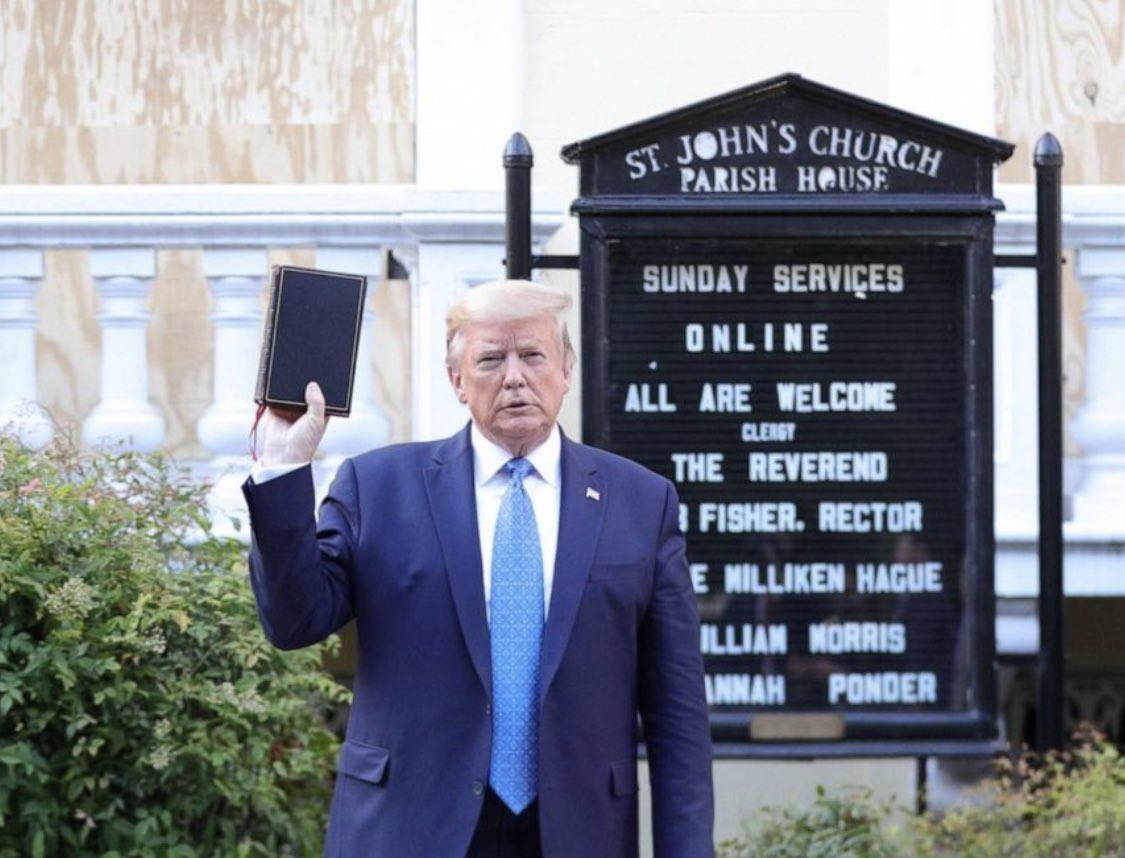 US President Donald Trump holds up a bible in front of St John's Episcopal church after walking across Lafayette Park from the White House in Washington, DC on June 1, 2020 (AFP Photo/Brendan Smialowski)

Washington (AFP) – US President Donald Trump on Monday said he was deploying thousands of “heavily armed” soldiers and police to prevent further protests in Washington, where buildings and monuments have been vandalized near the White House.

“What happened in the city last night was a total disgrace,” he said during a nationwide address as tear gas went off and crowds protested in the streets nearby.

“I am dispatching thousands and thousands of heavily armed soldiers, military personnel and law enforcement officers to stop the rioting, looting, vandalism, assaults and the wanton destruction of property.”

He denounced “acts of domestic terror” after nationwide protests against the death of an unarmed African American George Floyd in police custody devolved into days of violent race riots across the country.

“I want the organizers of this terror to be on notice that you will face severe criminal penalties and a lengthy sentences in jail,” Trump said as police could be heard using tear gas and stun grenades to clear protestors just outside the White House.

He also called on state governors to “deploy the National Guard in sufficient numbers that we dominate the streets” before heading on foot for a photo op at the riot-damaged St. John’s, the two-century-old “church of the presidents” across from the White House.

One week after Floyd died in Minneapolis, an autopsy blamed his videotaped death squarely on a white police officer who pinned him down by the neck with his knee for nearly nine minutes as Floyd pleaded, “I can’t breathe!”

“The evidence is consistent with mechanical asphyxia as the cause of death, and homicide as the manner of death,” Aleccia Wilson, a University of Michigan expert who examined his body at the family’s request, told a news conference.

The unrest has been the most widespread in the United States since 1968, when cities went up in flames over the slaying of civil rights icon Martin Luther King Jr., and rekindled memories of 1992 riots in Los Angeles after police were acquitted in the brutal beating of black motorist Rodney King.

Forces Violently Cleared The Way From Protestors For Trump To Take A Photo At St. John’s Church In Washington