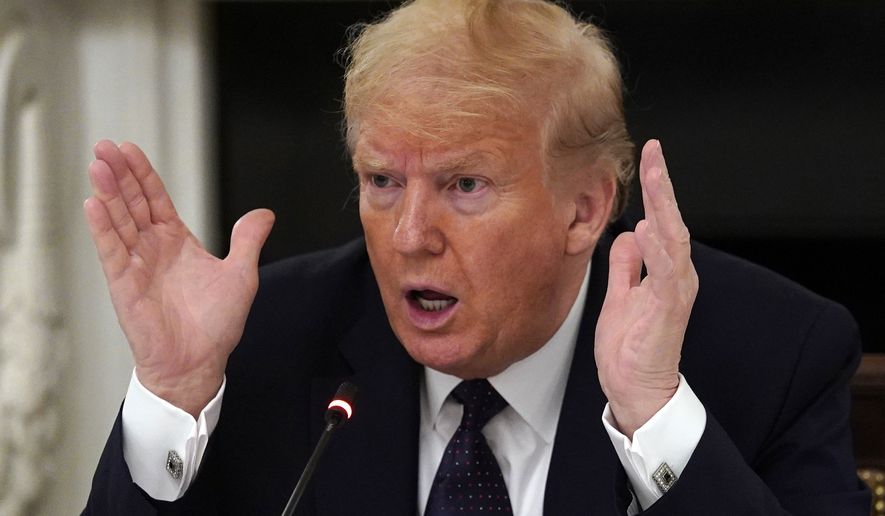 U.S. President Donald Trump threatened on Monday to permanently halt funding for the World Health Organization (WHO) if it did not commit to improvements within 30 days, and to reconsider the membership of the United States in the body.

Trump suspended U.S. contributions to the WHO last month, accusing it of promoting China’s “disinformation” about the coronavirus outbreak, although WHO officials denied the accusation and China said it was transparent and open.

“If the WHO does not commit to major substantive improvements within the next 30 days, I will make my temporary freeze of United States funding to the WHO permanent and reconsider our membership,” Trump told its chief, Tedros Adhanom Ghebreyesus, in a letter posted on Twitter.

This is the letter sent to Dr. Tedros of the World Health Organization. It is self-explanatory! pic.twitter.com/pF2kzPUpDv

Earlier, Trump said the WHO had “done a very sad job” in its handling of the virus and he would make a decision soon on U.S. funding.

In his letter Trump said the only way forward for the body was if it could demonstrate independence from China, adding that his administration had already started reform discussions with Tedros.

On Monday, the WHO said an independent review of the global virus response would begin as soon as possible and it received backing and a hefty pledge of funds from China, in the spotlight as the origin of the pandemic.

Kenya Insights allows guest blogging, if you want to be published on Kenya’s most authoritative and accurate blog, have an expose, news, story angles, human interest stories, drop us an email on tips.kenyainsights@gmail.com or via Telegram
Related Content:  Whistleblower Warns That US Doesn’t Have A Vaccine Plan
Related Topics:
Up Next