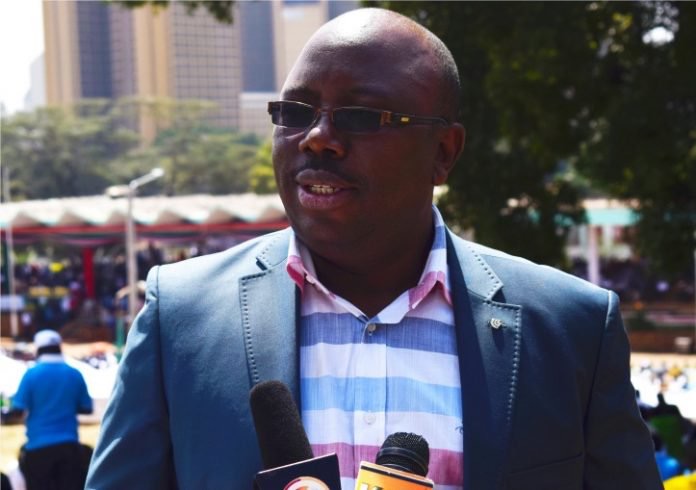 Urithi like many of property developers continue to become under close scrutiny following steady collapse of such firms.

Urithi which was founded by its current chairman Samuel Maina and the embattled televangelist David Kariuki Ngare who left in 2013 to set up Gakuyo Real Estate and later Ekeza Sacco, which is in the middle of storm after allegedly swindling its members over Sh1 billion.

A local daily recently sent shivers down many investors spine when they ran an expose ‘Urithi’s housing bubble bursts as bank puts its land on sale’ the report indicated that trouble was brewing at the firm.

Apparently, two of Urithi’s housing ventures are in trouble one is up for sale while developers in another property in Thika have been kicked out by the previous owner who says Urithi failed to pay him the balance.

The failure of Ekeza and Gakuyo which are associated with Urithi given founders history, has left a number of investors in worries and constant fear of collapse. However, the chairman has come out defensively giving assurances to consumers all is well.

Urithi’s Panorama Gardens project that was marketed and sold by Urithi as ready plots for immediate development and attracted 400 investors, with an eighth of an acre going for Sh2.25 million.

The investors now claim they cannot develop the property because most of them have never been issued with title deeds while some are only in possession of ownership certificates or agreements they entered with Urithi.

This is not the first time Urithi developers are faced with troubles. Last year, investors who bought property behind Mang’u High School, dubbed Tola 3 and Tola 4 saw their beacons demolished by the owner of the land they had bought partitioned plots.

Ms Jane Wachira is one of the affected investor. She bought two undeveloped plots measuring 40×80 in 2018 for Sh2.4 million at Tola 4 and has never been issued with title deed and the owner of the land has demolished her property in the said plots.

Last year the vendor who sold the said land to Urithi dug a trench on her property and brought down the beacons claiming that Urithi did not clear paying for the land and she has no documentation showing that she bought the land from Urithi.

In a letter dated April 29, 2019 to Urithi, the Equity bank appointed Nairobi-based Antique Auctions Agencies to oversee the sale of another project land by Urithi dubbed, Gatanga homes to offset a debt of Sh263 million.

This Urithi case echoes problems that many other property investors are facing. Many have been conned money and left with properties they cannot sell or develop.

It’s even painful to some who have loans they cannot service due to poor projection, mismanagement or a housing crunch from projects they blindly invested in.

Urithi Housing Co-operative Society Ltd has refuted claims that two of their projects are been delayed over conflicts with the vendors.

In a public notice issued on Thursday, Urithi said that one of the projects which was faced with controversy, the Panorama Gardens, was cleared after negotiations with the Bank and members of the project.

“The property was acquired through a Bank loan with a five-year repayment plan. For the past three years, the facility has been regularly serviced. Following a fruitful deliberations between the Urithi Secretariat, the bank and members of the project, an amicable solution was arrived at on the clearance of the balance,”read the notice in part.

Initially, it was reported that the land was up for sale through Nairobi-based Antique Auctions Agencies with a 45-day notice for redemption, to offset a debt of Ksh263 million.

Another project which was affected was the Olive Tola 3 & 4, where developers were said to have been kicked out by the original vendor, claiming that he was yet to be paid his full amount.

Responding to the allegations, Urithi said that an agreement had been reached upon by Urithi and the vendor, hence the conflict was resolved.

“Meetings held between the Urithi’s Secretariat and Members of the project have recommended and agreed on the acceleration of payments to the vendor. This has been ongoing process which culminates to the issuance of title deeds,” added Urithi chairman Mr Samuel Maina through the notice.

The Real Estate company indicated that they had so far, since inception, issued over 7,121 title deeds to investors.

“Despite the challenges, through this model, Urithi has been able to complete and hand over to our members houses from as low as Ksh495,000 for self-contained studio apartments, to Ksh3.6 million for a three bedroomed bungalow on its own compound. These include Own A Room project in Juja, Springs View Estate project in Thika, Juja Plainsview Estate in Juja, GEM I in Witeithie and Lanet Homes in Nakuru,” added Maina.

Kenya Insights allows guest blogging, if you want to be published on Kenya’s most authoritative and accurate blog, have an expose, news TIPS, story angles, human interest stories, drop us an email on [email protected] or via Telegram
Related Content:  Why CMA Faces Investigations
Related Topics:Ekeza SaccoGakuyo estatesInvestorsJonka properties agencyUrithi Housing
Up Next

Safaricom Breached The Privacy Of 11.5M Customers By Exposing Their Sports Betting History, Biodata And Now Sued For Sh115 Trillion