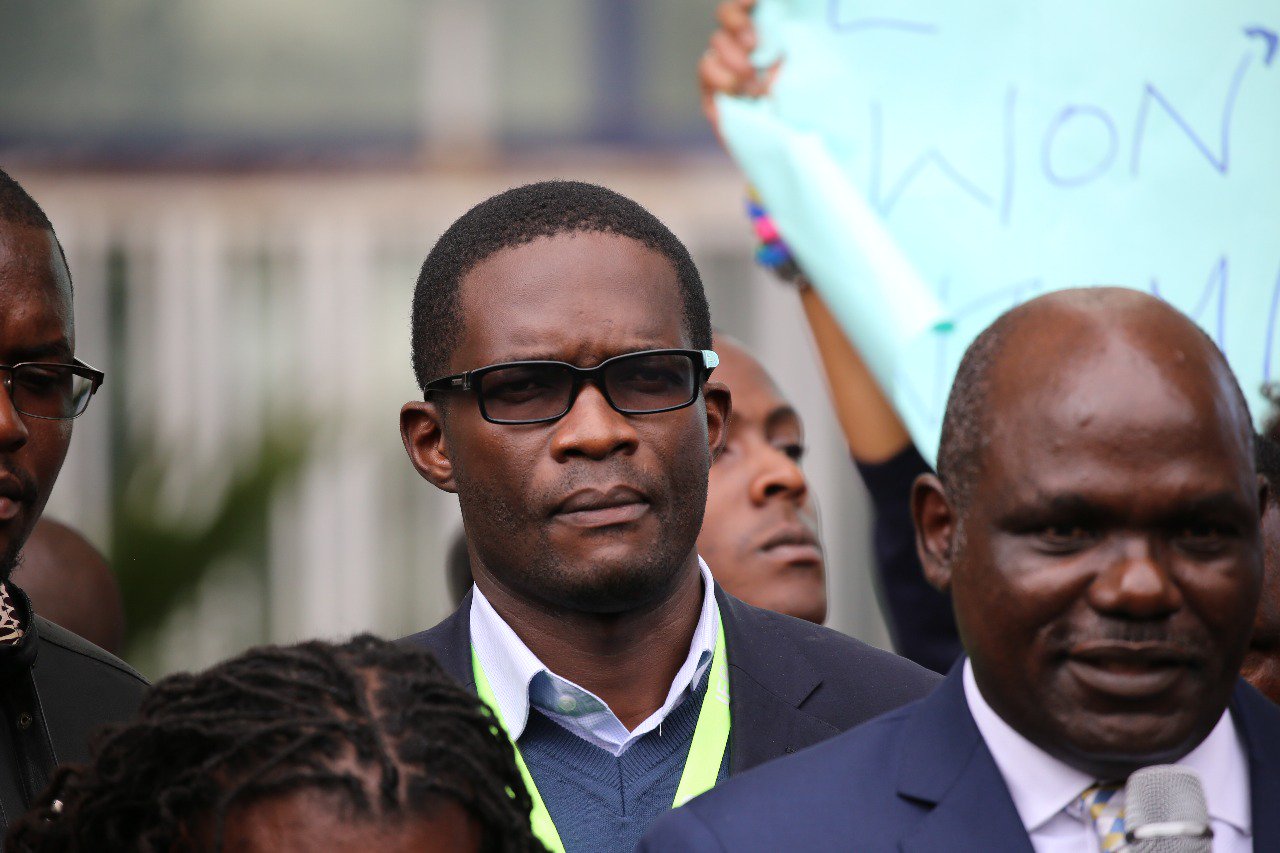 Yesterday after Musalia’s Statement that exposed several ill motives around the IEBC CEO, the Commissioners summoned Chiloba and Head of Security for IEBC to explain what Musalia was talking about.

The Head of Security owned up to Commissioners that what Mudavadi read was the truth and the plotting came from Chiloba and Winnie Guchu who is insisting on having personal contacts of all 40,800 Presiding Officers. The Commissioners were outraged and decided that key functions must be approved by the Commissioners.

Commissioners in plenary passed that all Ballot papers are to be stamped. Chiloba mischievously under the instruction of William Ruto (who appointed him) says ballots don’t have to be stamped. Commissioners yesterday held a meeting until 11 pm to blast him and forced him to retract his statement.

Chiloba’s blanket statement on 11k polling stations being denied by Safaricom. The real scandal is the allocation of regions to Service Providers, suspiciously, Safaricom which has far stronger coverage countrywide was denied areas where their coverage is stronger and instead, Airtel and Orange with poorest network strength allocated, this looks like a bait for premeditated failure. But the whole network discussion is a non-issue, the KIEMS lots come with 2 Sim cards such that if one is weaker in the signal, the backup network picks and if those fail then the satellite phones automatically picks and transmits the results. That’s the contingency measure. There’s no excuse.

NASA today to issue a statement to agents and candidates and the public NOT AND NEVER to allow the Presiding Officer to leave the polling station to transmit the results under whatever condition. For two reasons;

Related Content:  ODM Downplays COVID-19 Theft Exposé On KEMSA As Based On Half Baked Info From Shadowy Sources

1. The transmission kit only transmits once! So if the PO does any mischief it’s over.

2. At no one point should the PO be allowed to be in sole possession of the results.

The GOOD Thing is that Commissioners and many well trained Presiding Officers are resistant this new channel of reporting to Winnie Guchu (who is responsible for rigging 2013 and also the Zambian Election where she was a consultant donated by Jubilee to the ruling party. Remember Zambia also used Al Ghurair)

It’s coming out that Chiloba is hell bent to sabotage the election and the revolt from IEBC commissioners and POs is an affirmation. Presiding Officers must only report to IEBC through stipulated channel and not directly to Guchu as if the office is a household. The move by NASA insisting on POs not to leave the station is in good faith as any movement with voting material remains a recipe for disaster. Officials risks attacks, results in risks manipulation. IEBC and Chilova must know Kenyans hold hopes in them to deliver nothing short of a credible election.

Related Content:  Raila Odinga Unearths How NIS Is Being Used In A New Statehouse Rigging Scheme
Kenya Insights allows guest blogging, if you want to be published on Kenya’s most authoritative and accurate blog, have an expose, news TIPS, story angles, human interest stories, drop us an email on [email protected] or via Telegram
Related Topics:
Up Next

August 8th Marks The Birth Of JOHOism In Kenyan Democracy

IEBC Treading On Dangerous Grounds Just Hours To The Election