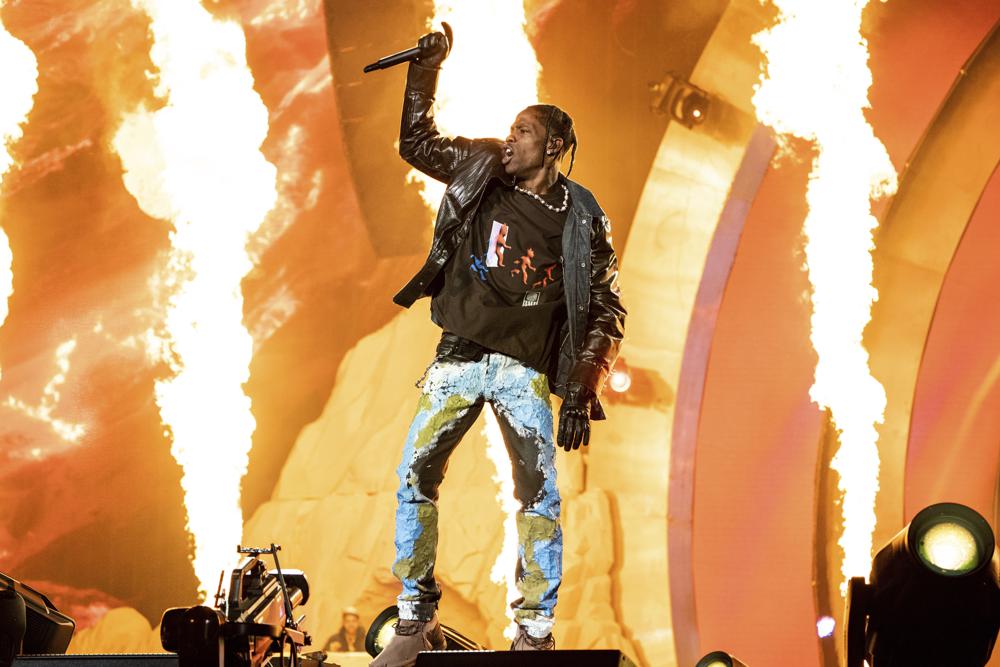 (AFP)-Rappers Travis Scott and Drake have been sued for having “incited mayhem” after eight people were killed and dozens injured in a crush during a Texas concert, a law firm confirmed on Sunday.

Texas firm Thomas J. Henry Law on Sunday tweeted a story published by the Daily Mail on the suit, confirming it had filed “one of the first lawsuits in Travis Scott Astroworld Festival tragedy”.

The plaintiff is 23-year-old concertgoer Kristian Paredes, who was one of those “severely injured” at the concert on the night of 5 November.

Around 50 000 people were in the audience at Houston’s NRG Park when the crowd started pushing toward the stage as Scott was performing, triggering chaotic scenes.

Texas-resident Paredes, who is also suing concert organisers Live Nation and the venue, “felt an immediate push” at the front of the general admission section as Travis Scott got on stage, the complaint said.

“The crowd became chaotic and a stampede began,” it went on.

“Many begged security guards hired by Live Nation Entertainment for help, but were ignored.”

The suit, filed in Houston’s Harris County court, claims Scott “had incited mayhem and chaos at prior events” and that “defendants knew or should have known of (Scott’s) prior conduct”.

The suit also accuses Canadian rap superstar Drake, who joined Scott’s headline set, of contributing to causing the surge toward the stage.

Travis Scott has said he is “absolutely devastated” after at least eight people died and others were injured at his Astroworld music festival. The rapper was on stage at the event in Houston, Texas on Friday when the crowd surged forward in what …

“As Drake came onstage alongside of Travis Scott he helped incite the crowd even though he knew of Travis Scott’s prior conduct,” the complaint charges.

He continued to perform even as the “crowd became out of control” and the “crowd mayhem continued,” it added.

Crump specialises in civil rights and personal injury, and has represented clients including the families of victims of police violence George Floyd and Breonna Taylor.

He and co-counsel Bob Hilliard filed suit Sunday on behalf of 21-year-old concertgoer Noah Gutierrez, who described “a scene of chaos and desperation”.

The lawyers said they expected to file suit on behalf of other concertgoers during the week.

“We are hearing horrific accounts of the terror and helplessness people experienced – the horror of a crushing crowd and the awful trauma of watching people die while trying unsuccessfully to save them,” Crump and Hilliard said in the statement.

“We urge others who suffered physical or emotional injury or witnessed the events of that day to contact us.”

Survivors of the incident described chaotic scenes of people squeezed up against one another, with many struggling to breathe.

Scott, who launched the Astroworld music festival in 2018, reportedly halted his act several times when he saw fans in distress near the stage.

Authorities in Texas have opened a criminal investigation into the tragedy, involving both homicide and narcotics detectives, Houston Police Chief Troy Finner told reporters on Saturday.

Houston Mayor Sylvester Turner said authorities were looking at video footage and talking to witnesses, concert organisers and people who were hospitalised.

He told reporters on Saturday that the eight people killed were aged from 14 to 27, with one person’s age unknown.

Kenya Insights allows guest blogging, if you want to be published on Kenya’s most authoritative and accurate blog, have an expose, news TIPS, story angles, human interest stories, drop us an email on tips.kenyainsights@gmail.com or via Telegram
Related Topics:AstroworldDrakeTravis Scott
Up Next

Squid Game Will Be Back For Season 2, Creator Hwang Dong-hyuk Confirms Plans