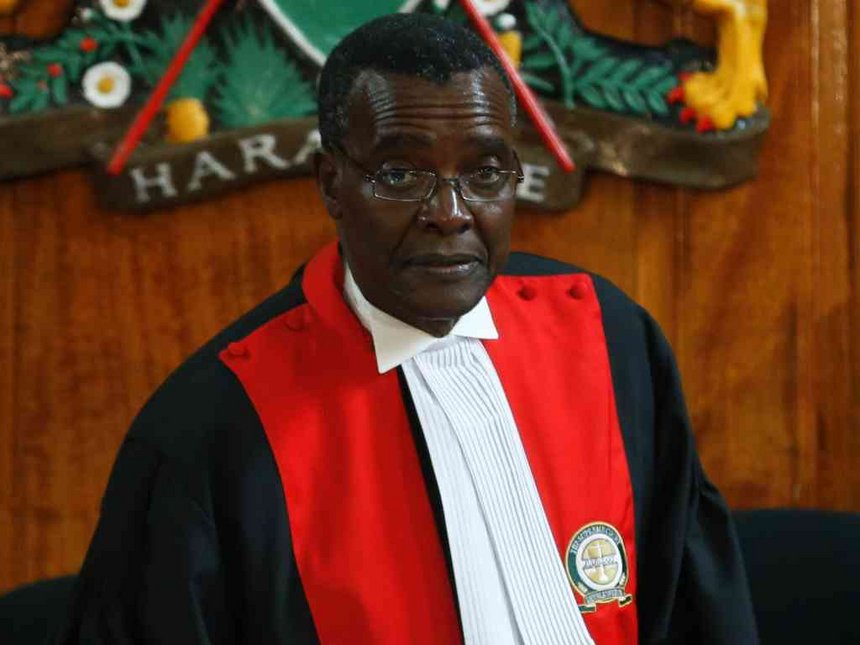 Justice Maraga said the election commission had failed “to conduct the presidential election in a manner consistent with the dictates of the constitution”.

He did not elaborate on any irregularities, but said the court would provide details in a full judgment within 21 days.

Dissenting judges said that the Nasa opposition alliance – which had petitioned the Supreme Court – failed to prove claims that the polls had been rigged.

International election monitors from the EU, the African Union and the US said there had been no major fraud on election day and urged opposition candidate Raila Odinga to concede.

The election sparked days of sporadic protests, in which at least 28 people were killed. The vote had raised fears of major political violence – as was the case after a disputed poll in 2007.

Raila Odinga will feel vindicated against accusations that he was just being a bad loser in challenging President Kenyatta’s win.

However, this historic decision is a massive indictment of the electoral commission. It is therefore no surprise that the opposition Nasa coalition is now calling for a new team to manage the next elections.

This is also a setback for the international, and some local, election observers, who profusely praised the election as free, fair and credible.

People will be watching for the reaction of former US Secretary of State John Kerry, who was the head of the mission for US NGO The Carter Centre, whose positive assessment of the election was used in court.

Regardless of the winners and losers following the ruling, this is a proud moment for Kenya. The litigation and debate on the merits of the election was done at the Supreme Court and not on the streets.

Chief Justice Maraga said it best in his opening statement: “The greatness of a nation lies in its fidelity to the constitution and the strict adherence to the rule of law.”

Dissenting opinion of Njoki Ndungu SCJ
Dissenting Opinion of JB Ojwang SCJ
Kenya Insights allows guest blogging, if you want to be published on Kenya’s most authoritative and accurate blog, have an expose, news TIPS, story angles, human interest stories, drop us an email on [email protected] or via Telegram
Related Topics:
Up Next