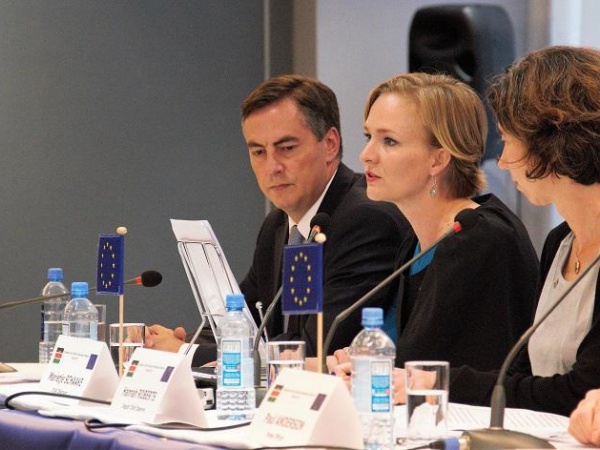 Marietje Schaake, Chief Observer of the European Union Election Observation Mission (EU EOM) Kenya 2017 and Member of the European Parliament from the Netherlands, suggests improvements to the electoral process ahead of the re-run of the presidential election scheduled for 17 October.

The EU EOM has been observing the electoral process in Kenya since June, and based on its findings to date is presenting its recommendations for the re-run. These are intended to constructively contribute to the electoral process, to support the fulfillment of the political rights of Kenyans. The 18 recommendations cover the tasks and responsibilities of the IEBC, political contenders, state agencies and the media.

Suggested reforms include the IEBC developing and communicating more detailed procedures for the counting, tallying, transmission and transparency of results. Additionally, tests of procedures and technology as well as improvements to the results transmission software and network coverage are called for. So too that party agents and the media comprehensively scrutinize constituency tallying centres.

“The re-run offers a key opportunity for Kenya to create a more robust democracy and rule of law. But this process is not automatic, requires hard work, and the rebuilding of trust. The recommended reforms should help the IEBC and others to rebuild the confidence of Kenyans in their elections. It is essential that people come together and work together to serve all Kenyans, and the Constitution. Our EU election observation mission continues its impartial and independent observation work, also during the re-run,” Schaake said.

She added: “We also believe that investigative bodies should be thorough and prompt in investigating electoral offences so people at all levels are held to account.”

The EU EOM will be deploying long and short-term observers across the country before, during and after election day. The EU EOM will release a full final report with long-term recommendations some two months after completion of the entire electoral process, including the re-run.