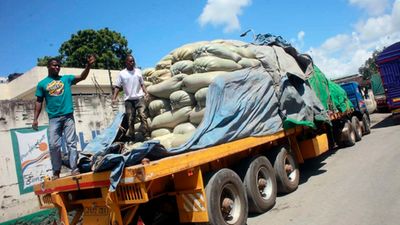 Uganda is considering restricting some of Kenya’s raw and processed agricultural products from its market, saying it will be merely reciprocating Nairobi’s continued ban on Kampala’s produce.

On Monday, the Ugandan Cabinet agreed to this nearly two-year proposal, which has often been opposed by President Yoweri Museveni.

According to Ms Rebecca Kadaga, the country’s `minister for East African Affairs, Cabinet directed the Agriculture ministry to identify and list Kenyan products that will be banned by the Ugandan government within “a short time.”

“We have been too patient. In the past, we have not reciprocated, but now we are going to. This has gone on for too long and within a short time they too will understand what we are going through,” Kadaga told the media on Tuesday morning.

Kenya and Uganda have for a long time been embroiled in a trade dispute.

In July 2020, Kenya followed up with a ban on Ugandan sugar, against an earlier agreement to increase Uganda’s sugar exports to Kenya.

Kenya maintains that some of the products are substandard and that it’s protecting its domestic market.

In November, Nairobi postponed a trade mission to Uganda to resolve the sugar and milk import standoff, amid jitters on whether the two countries are ready to find a lasting solution to the impasse.

Kenya is Uganda’s biggest trade partner. Kenyan exports to Uganda in 2020 amounted to $673.66 million while Uganda’s exports to Kenya stood at $465.55 million during the same period.

Observers say the trade row between the two countries could have long-running implications for imports and exports across the East African region, adding that the restrictions go against a Customs Union Protocol established by the East African Community (EAC) single market. (The East African)

KCB Dragged To Court Over Claims Of Defrauding Tax Collector

Congo Holdup: The Dirty Secrets Of The Dictators’ Favorite Bank