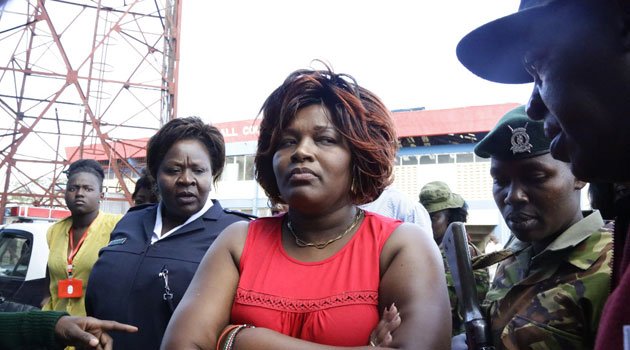 The just concluded jubilee primaries in Nairobi has bundled out jokers with a baseless and unclear vision for an important constitutional office that has been underrated thanks to reigning officials who’ve done nothing or little to give it glory.

In the final stretch to the nominations, Kenyans had a much needed portraying of mediocrity in live T.V. shows that brought together the contestants for Nairobi post. It was hurting to both eyes and ears watching ladies like Karen Nyamu who could barely express herself attempt unsuccessfully to articulate and present her vision. From the discussions, it doesn’t come as a shocker that nothing tangible from the Jubilee contestants was pushed to the audience except unnecessary catfight during the interviews.

It is public knowledge that the ladies who’ve now been kicked out of the race had nothing much to offer than the fact that they were girlfriends to top jubilee honchos. It was painful for Omanga who has alleged been rigged out at the Pangani HQ which is currently an equivalent of a funeral home with losers crying foul. Omanga according to sources privy taking to Kenya Insights, spent close to 40M in her campaigns and was promised the seat by her cheating partner who happens to be top of the heels in the elections board. Karen Nyamu, on the other hand, is getting auctioned with debtors on her trail. With rent arrears accumulating to months, she risks now getting evicted from her home. 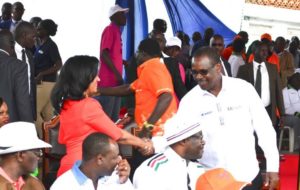 Sideshows to the side, Jubilee has yet nominated Shebesh, the same lady who gave the women rep position a demon baptism. In her tenure, Shebesh is best remembered for her sexual escapades that became the value face of the office, unfortunately.

With Shebesh now guaranteed of being in the ballot box in August, The focus now shifts to ODM where the only contestant in public limelight Esther Passaris, holds the hopes for the opposition party. Jubilee is hell bent to win the gubernatorial seat that the least elites choice, Sonko has been adopted as the main candidate against Kidero. Caught in catch 50/50, ODM must front progressive candidates or face a complete sweep out of the top city’s positions. Passaris is seen by many as corporate and with the class needed for the seat, but that’s for everyone to judge.

As ODM goes to the primaries, It remains unclear who the other candidates would be vying for the women rep position. Whatever the case, ODM supporters have the chance to give Nairobi the best candidate with much-needed decorum to weed out the hooliganism and ugly face leadership embedded by Shebesh. The youths and women of Nairobi stand good chances of prosperity with authentic and responsible leadership in parliament to fight for their space with passion.