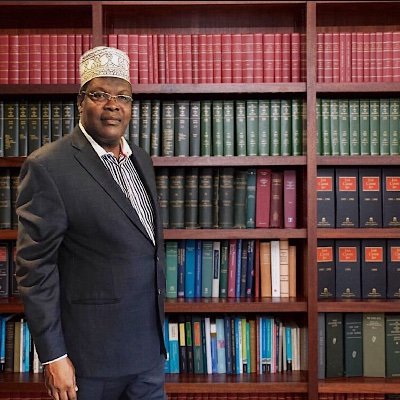 Thirdway Alliance Kenya has named exiled lawyer Miguna Miguna as its candidate for the upcoming Nairobi gubernatorial by-election slated for February 18 next year following the impeachment of Governor Mike Sonko two weeks ago.

However, his candidature is shrouded in uncertainty and it still not known whether the electoral body IEBC will clear him to contest because of his controversial citizenship.

It is mandatory for a candidate to present their papers in person and this might not be the case for the exiled lawyer.

Miguna was in 2018 denied entry into the country for allegedly failing to apply for a visa.

The government said it considered the political activist a Canadian after he allegedly revoked his Kenyan citizenship.

Thirdway Alliance Kenya on Monday said it had settled on the controversial lawyer because of his integrity, visionary and transformative leadership.

“Nairobi deserves leadership devoid of ineptitude, unbridled lust, and gluttony for public resources which has defined it for the last eight years.  Dr. “General” Miguna Miguna, a Kenyan citizen by birth – ID. 2790598 – who has sacrificed and worked for this great nation is the answer to this bankrupt leadership which has deprived hardworking people of Nairobi the most basic of services and dignity” said  Miruru Waweru the party National Chairman.

“To reclaim this great city, Dr. Miguna offers his candidature in the upcoming by-election. As is his trademark, Dr. Miguna’s candidature is not separate from the virtues that he has fought for and which remain the defining hallmark of his public and private life – integrity, visionary and transformative leadership, elimination of corruption and development for all” the party added.

Related Content:  At least For Once I Won’t Be Blamed For Stealing COVID-19 Money, Ruto

Miguna says that the constitution grants him the right to vie for political office from exile.

“We expect all relevant agencies to take note of the High Court rulings and judgements regarding the citizenship of Dr. Miguna Miguna and act within the law; this is not a request – it is an obligation entrenched in the Constitution and the laws of the land,” said the party.

In 2017,  Miguna vied for the Nairobi Governor position where he came in fourth.

The seat will be hotly contested with several top politicians expected to throw their hats in the ring.

There are reports that six individuals are eyeing Jubilee Party ticket including former Gatanga MP Peter Kenneth who will be making a second attempt.

In a gazette notice, IEBC Chairperson called on political parties intending to participate in the by-election to submit names of persons contesting in party primaries and the dates of the nominations on or before December 28, 2020.

Parties intending to present candidates in the elections will have up to January 11, 2021, to submit the list of the nominees after resolving all intra-party disputes.

IEBC Chair Wafula Chebukati also said that individuals intending to run for the mini polls to resign from public office seven days before the elections are held.

The electoral agency also set the campaign period from January 18th to 15th February next year being 48 hours before the by-election date.