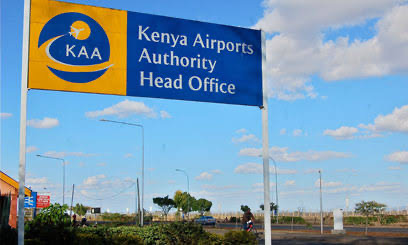 In 2014, Relief & Mission Logistics won the contract to ferry passengers on the airside at the Jomo Kenyatta International Airport (JKIA) for a period of 8 years and of which was to expire next year 2022. But the contract was, however, terminated on June 5,2015 after President Kenyatta visited the airport in May 2015 on a public resources random audit mission and in the process, was flabbergasted to find out that KAA was paying Sh11 million every month for Relief and Mission logistics’ 5 buses services.

That was the day and moment that sparked a legal dispute for 6 years until finally the company saw light at the end of the tunnel after Kenya Airports Authority (KAA) was recently ordered to pay Sh158 million to the company.

The sole arbitrator, Mr Allen Gichuhi, awarded the compensation to Relief & Mission Logistics on grounds that the KAA failed to show how public interest prompted the cancellation of the bus deal.

According to report prepared by an internal auditor in the wake of President Kenyatta’s concerns showed that the cost charged by the bidder was to be recovered from the airlines since the apron buses service was not meant to be free but in contrary, it was noted that since the introduction to the apron service on November 28, 2014, the airlines had been getting the service for free.

For the eight years, Relief & Mission Logistics was to earn Sh1 billion in fees.

After winning the tender, controversially  beating other 16 companies pants down, the company imported five apron buses and started operations that were stopped seven months later after President Kenyatta’s visit.

While terminating the contract, the State-run KAA whose chairman by then was former Police Inspector General David Kimaiyo – said the cancellation was on the basis of necessity, convenience and in public interest.

“From the preponderance of evidence, the inescapable conclusion is that the respondent had no lawful basis for termination of the agreement summarily and hide behind the cloak of convenience, necessity and public interest,” Mr Gichuhi The Sole arbitrator ruled.

The company in its argument stated that the termination of the bus deal caused it financial losses and damaged its reputation.

At some point, the KAA wanted to settle the matter and pay the company but the parties failed to reach a mutual agreement. The KAA later challenged the powers of the arbitrator to hear the dispute but Mr Gichuhi dismissed the application.

Directors of the company maintained that they had not received a penny despite investing Sh245 million in the project. They claimed to had spent Sh200 million to buy the five apron buses and paid Sh45 million in taxes to the Kenya Revenue Authority.

In his ruling, the arbitrator said no evidence was produced to prove concerns about cost-effectiveness or potential loss of public funds if the contract was executed by an internal KAA probe. He said the tender was open and complied with all the provisions of the Public Procurement and Assets Disposal Act. “I find and hold that the tender process was lawfully carried and was not contrary to the Constitution with regard to the utilisation of public funds,” he said.

Mr Gichuhi, however, rejected a bid by the company to be paid for alleged damage of its reputation. He also rejected the company’s bid for loss of profits for the unexpired period, saying there was no basis for the claim.