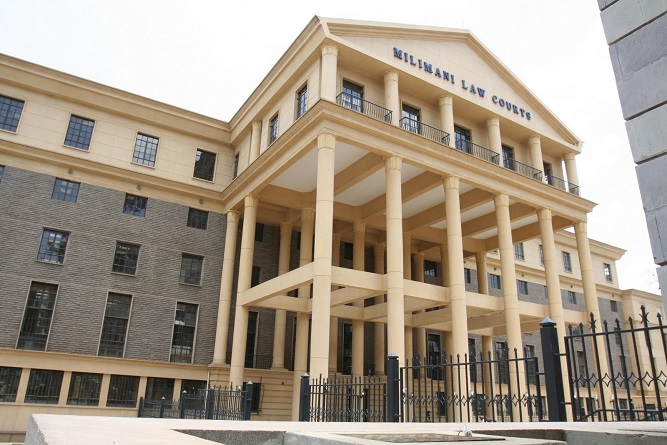 Top bosses of Nokia Corporation and their lawyers have moved to the High Court to quash criminal charges brought against them by a former partner turned rival.

The mobile phone maker and its bosses Rajeev Suri and Aapo Saarikivi as well as Roschier Attorneys limited argue that the criminal charges have been brought by TecnoService limited to intimidate and coerce them over some civil cases pending in various courts.

TechnoService had been given the go-ahead to prosecute the officials for allegedly illegally obtaining tax information about the company, in a case that was pending before the International Chamber of Commerce.

But Nokia and its bosses want the private Prosecution in the Milimani Criminal Case No. El 71 of 2021 brought by TechnoService Limited, which is before Milimani Resident Magistrate David Ndungi, be suspended.

In April, Ndungi ordered the Nokia officials and their attorney to appear before him virtually and plead to the charges, which include illegally obtaining tax information of the Kenyan company.

Nokia and its agents have been accused of unlawfully obtaining its tax filings and records from the Registrar of Companies and used the information in a case that was pending before the ICC Court of Arbitration pitting the two firms.

The company alleged that Nokia obtained the information for purposes of defeating justice in the arbitration proceedings.

The giant company allegedly obtained the information from the Registrar of Companies and Kenya Revenue Authority (KRA) between September 2018 and March 2019.

But in an affidavit by Aapo Saarikivi says the private prosecution action commenced against them is malicious with an aim to gain an unfair advantage in the pending cases, pitting the firms.

He says TechnoService wants to coerce Nokia Corporation to settle the ongoing litigation between them.

Related Content:  Medical Board Says David Sankok Is Not A Medical Doctor As Alleged On Daily Nation

He further adds that private prosecution action commenced against them in the criminal case is tainted with procedural error and unfairness to the extent that the applicants were never interviewed in an investigation process prior to the commencement of the private prosecution.

Further, he says that no investigation has been conducted in relation to the charges that the applicants face and which DPP deems premature.

“The continuation of the private prosecution action commenced in Milimani Criminal Case No. El 71 of 2021 TechnoService Limited vs. Nokia Corporation & 3 others is in abuse of process of court to the extent that the criminal justice system in Kenya is being used to resolve a dispute that is primarily, objectively and properly a private law dispute. The 4th Respondent in any case considers the private prosecution process against the Applicants as premature,” he added.

The Nokia bosses says by directing that they appear virtually before Milimani criminal, TechnoService seeks to bypass international extradition processes that would have required them to be brought before the jurisdiction of the magistrate’s court first before criminal action against them could proceed.

Nokia Corporation says its international reputation as a well-known multinational telecommunication and information technology company, is at stake and it would be imperative that orders suspending the case are granted, pending the hearing and determination of this judicial review action.

Kenya Insights allows guest blogging, if you want to be published on Kenya’s most authoritative and accurate blog, have an expose, news TIPS, story angles, human interest stories, drop us an email on [email protected] or via Telegram
Related Content:  Kilifi DG Saburi Finally Released From Jail
Related Topics:
Up Next