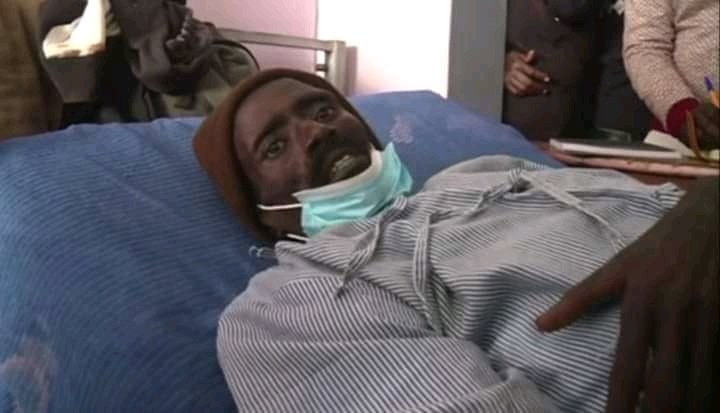 Peter Kigen, the man who died a d later came back to life at Kapkatet Hospital, has died ten days later only that this time he was confirmed dead by health officials and family. He died while being rushed to Kericho Sub County Hospital today.

In an earlier bizarre incident, Kigen been presumed dead and was transferred to the mortuary.

But an hour later, the 32-year-old man screamed loudly from the mortuary after he regained consciousness, sending shocked attendants into panic.

One of the attendants is reported to have been preparing to preserve the “body” when the patient started screaming.

The patient had earlier been rushed to the hospital after he fainted at his rural home in Bureti Sub-County.

He was wheeled to the hospital’s casualty ward where clinical officers, who are said to have been attending to four other patients, told his relatives to wait for their turn to be served.

His family said that half an hour later, doctors informed them that their relative had passed on and the body would be taken to the mortuary.

The “dead” patient was wheeled to the mortuary an hour later where he was placed on a platform waiting to be processed for preservation in the cooling chamber.

But a few minutes later, his relatives were shocked when they were called in by the mortuary attendant who was baffled by the “resurrection of the patient”, a rare occurrence.

Doctors at the hospital rushed the patient to the emergency ward where he was resuscitated and taken to the ward where he is currently undergoing treatment.

“I found myself in the mortuary and the attendant was cutting part of my body in what I was later told was meant to provide an inlet for preservation drugs to be inserted,” said the patient from his hospital bed.