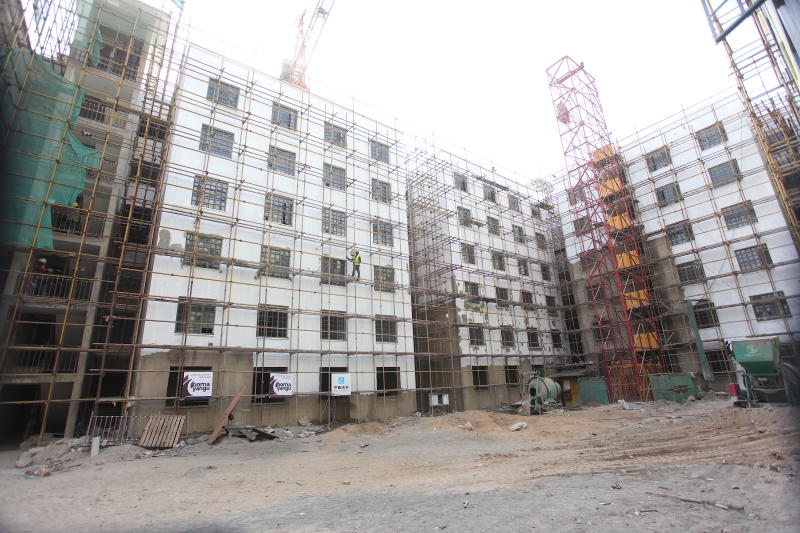 Kenya’s real estate market has left developers and investors with losses that are worth billions of shillings as the investments went on a sharp decline in the last five years.

Back in 2015, financial services provider Stanlib Kenya launched the first Real Estate Investment Trust (Reit)at the the Nairobi Securities Exchange (NSE). Kenyans would buy into the Reit with as little as Sh20 per share, this was an unbelievably good deal seeing as Stanlib launched the Reit at the peak of the sector when news about developers making billions of shillings buying, developing and selling residential and commercial property were nigh.

Stanlib fund managers sold optimism to Kenyans, the Reit would be the answer to opening up Kenya’s multi-billion-shilling property sector for the masses, even to those with little income. “Many retail investors want to invest in real estate but are held back because of the high capital investment required and risks associated with it,” one of the managers told journalists.

Five years later, The Reit that had promised ordinary Kenyans that they would have a chance to own a piece of the real estate billions has instead made them massive losses. Fahari iReit now retails at Sh9.60 per unit at the NSE meaning shareholders will be losing more than Sh1.6 bn on paper value of their original investment.

Large investors such as the World Bank’s private sector arm (the International Finance Corporation (IFC) which had invested Sh678 million will now be cashing out on less than half of its investment.

Stanlib Income Reit might have pinned its hopes too high when they injected the first cash they raised into Greenspan Mall. Stanlib’s rental income had declined from Sh135 million to Sh132 million in the first six months of 2018, with their net profit dipping by 16 pc from Sh78 million in the first half of 2017 to Sh65 million by June in 2018.

By the end of 2018, Stanlib was among five cash-strapped listed companies that the capital markets regulator called out for operating below the required capital and liquidity limits. Stanlib has since announced it will sell its Kenyan operations to the Philip Ndegwa family through ICEA Lion Asset Management.

According to a report, house prices in Nairobi have been on a sharp decline in the last quarter of 2019, sliding by 5.4 pc in the year to September, the Decline has been associated with oversupply as more and more Kenyans opt to invest in the real estate sector. Towards the middle of the 2019 demonetisation drive, Central Bank Governor Patrick Njoroge said lots of dirty cash was being offloaded into the real estate sector. “This not only made the sector lose structured pricing index, but it also made the sector lose competitiveness, as it was reserved for the obscenely rich to transform it into an economy of thieves’ public auction sector,” he said.

In December, mortgage lender Housing Finance Group (HF Group) announced it would be closing down its investment unit, in a move aimed at cutting losses and strengthening liquidity.

Light at the end of the tunnel? 2020 is the year when confidence will gain ground for local real estate, according to PricewaterhouseCoopers in a report. The report, ‘Real Estate 2020: Building the future’, says Kenya will be a key pillar in the global investable real estate, which is expected to expand substantially.