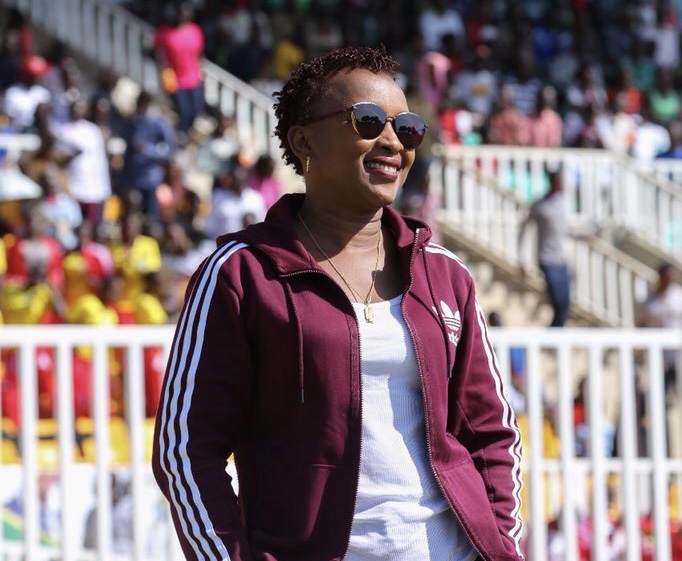 Sylvia Mulinge at a Safaricom event.

Mulinge has worked at Safaricom for quite a while leading to her departure from the company, while she was the Director of Consumer Business Unit, a few months ago. Ms Mulinge left to head Tanzania’s Vodacom as the Managing Director.

Things, however, did not go as planned as she was denied a work permit on the basis that there are Tanzanians who could do the job as well. Vodacom went ahead and appointed Hisham Hendi as acting MD as Sylvia Mulinge sorted out her work permit issues.

The wait is over but not with Ms Mulinge heading the Tanzanian telco but with her homecoming appointment at Safaricom. In a memo to staff members, Safaricom’s CEO announced the appointment of Sylvia Mulinge as Director of Special Projects as of 1st October 2018.

“In this role, she will report directly to me and will be responsible for spearheading our commercial revival and help us deliver our strategy and transform Safaricom into a business that is fit for the future,” said Mr Bob Collymore.

Sylvia’s new role will see her work to restore Safaricom’s wearing-out customer trust and loyalty. Bob’s memo says that Ms Mulinge will be working with the commercial teams. This follows recent changes in Safaricom’s products as a measure to appeal to customers.

Mulinge’s comeback to Safaricom is a win for the company that could not afford to lose her. Sylvia has been paramount to the transformation of Safaricom to what it is today through customer segmentation (Blaze and Platinum) and development of new products such as Songa that has seen the company move from being a traditional telco to what they call a social network with their motto being, “Twaweza”.