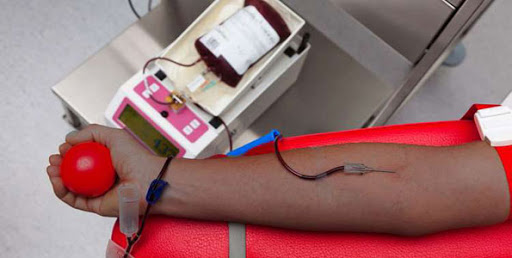 A quick scroll on social media and you will not miss a couple of blood donation calls by relatives and friends of patients in dire need of blood, it is no secret, Kenya is facing a serious shortage of blood supplies in both public and private hospitals.

According to World Health Organization guidelines for the proportion of donors relative to total population, Kenya should be collecting about one million units of blood a year.

The high shortage is also being attributed to lack of funding for the blood collection programme, 80 pc of this came from outside donors, according to a recent government report.

Kenyans especially benefited from a US government donation fund known as Pepfar for short. It was was cut back in September last year, as a result of which supplies and equipment for the blood collection programme stopped.

The U.S. government gave Kenya Sh7.25 trillion ($72.5 million) over more than 15 years through PEPFAR. On discontinuity the U.S. government says it was satisfied that the Kenyan government was ready to take control of the blood transfusion service when the funding was withdrawn.

The Kenyan government, however, did not mention the transfusion service in its budget for 2020. The Cabinet Secretary for health Sicily Kariuki should stop sleeping on the job and address this national health issue immediately, Kenyans should not rely on social media to save lives, just how long can that work? why should Kenyans depend on luck? with NHIF on it’s demise, there is definitely a problem in that sector and we will not stand by while Kenyan lives are lost.

Related Content:  DCI: We Do Not Require Huduma Namba During The Application Process

Kenyans should try to appreciate the importance of donating blood, there are also myths about blood donation that should be disregarded.