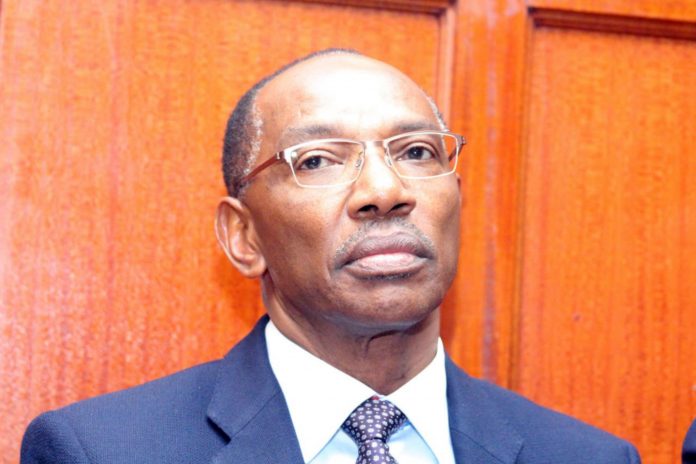 Director of Public Prosecution Noordin Haji intends to appeal the acquittal of businessman Humphrey Kariuki and five others.

In a letter to the Milimani chief magistrate Executive Officer, DPP has requested to be supplied by with a certified typed, handwritten copies of the proceedings and ruling that acquitted them.

Haji through Prosecutor Carol Sigei wants to be supplied with the ruling delivered by Milimani Senior Principal Magistrate Kennedy Cheruiyoit on Tuesday acquitting the businessman and his co-accused persons over being in possession of un-cutomed ethanol worth Sh 7.4 million and tax evasion charges.

“In addition, the proceedings recorded by Chief Magistrate Francis Andayi in Milimani criminal case CRC No. 1333 of 2019 Rep vs Humphrey Kariuki & others should be supplied to us urgently both typed and handwritten form”, said Sigei.

Haji wants to be supplied with the court proceedings not longer that fourteen days to avoid unnecessary delay.

Prosecutor Sigei further added that for the interest of Justice and given public interests concern over the matter they would be happy if handwritten proceedings could be supplied to the prosecution to enable them lodge the appeal against the magistrate decision.

The letter further states that there was public outcry after the Magistrate acquitted the accused.

Immediately after the ruling, DPP through his twitter handle denied reports that a court has acquited businessman Kariuki and four others after he failed to produce witnesses.

“The fact of the matter is that when the matter came up for hearing on December 7, 2020, there was a state counsel together with two investigating officers and a prosecution witness in court”, Haji said.

He added that the matter could not however proceed because Prosecution in a letter dated December 4, had written to the Chief Magistrate in Criminal Division requesting for consolidation of all charges in two other courts insituted against Kariuki and seven others.

In his ruling the magistrate magistrate acqitted the six after faulting the office of the Director of Public Prosecutions (DPP) for failing to avail evidence yet the case has been pending in court for 16 months.

The prosecution is not ready to present any evidence, even after being given three days to do so, this court is only left with no option other than to invoke the provisions of section 202 of the Criminal Procedure Code,” said the Magistrate

Cheruiyot, however, dismissed the two charges facing the accused persons and acquitted them under section 202 of the CPC saying the the prosecution was not ready for the case.

The provision provides that if, the complainant having had notice of the time and place appointed for the hearing of the charge, does not appear, the court shall then acquit the accused, unless for some reason it thinks it proper to adjourn the hearing of the case until some other date.

Learning At All Levels To Resume Next Month, President Kenyatta Assures