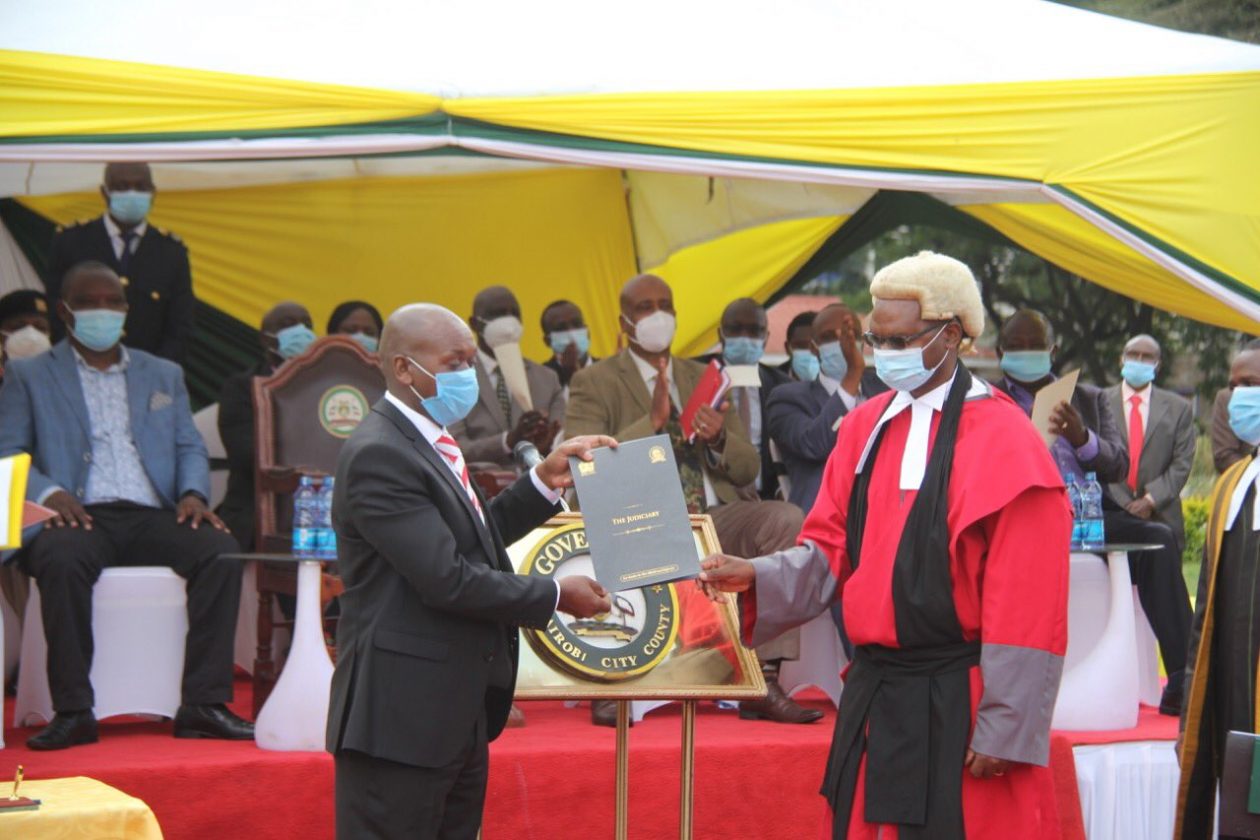 Nairobi County Assembly Speaker Benson Mutura has on Monday been sworn in as acting Governor.

The former Makadara Member of Parliament will serve as acting Nairobi Governor for 60 days pending election of a new Governor.

He was sworn at by Judge Jairus Ngaah, at County headquarters.

The event was called off on Friday after the presiding Judge failed to show up on time.

As per the law, oath or affirmation of a governor shall be administered between 10.00 am and 2.00 pm.

This comes after the Senate upheld the decision by Nairobi County Assembly to impeach Embattled Governor Mike Sonko.

Sonko was facing charges including gross violation of the Constitution and other laws, abuse of office, violation of national laws, and lacking the mental capability to run the county government.

In all the four charges, Senate Speaker Kenneth Lusaka confirmed that the Majority of Senators had voted in favour of the county assembly effectively affirming the decision to remove him from office.

The acting Nairobi Governor was in August elected as Speaker of the Nairobi County Assembly after the resignation of Beatrice Elachi.

Benson Mutura garnered 99 out of the 123 votes that was conducted via zoom.

Kenya Insights allows guest blogging, if you want to be published on Kenya’s most authoritative and accurate blog, have an expose, news, story angles, human interest stories, drop us an email on tips.kenyainsights@gmail.com or via Telegram
Related Content:  Babu Owino Explains Why Moral Cop Ezekiel Mutua Is Immoral
Related Topics:
Up Next