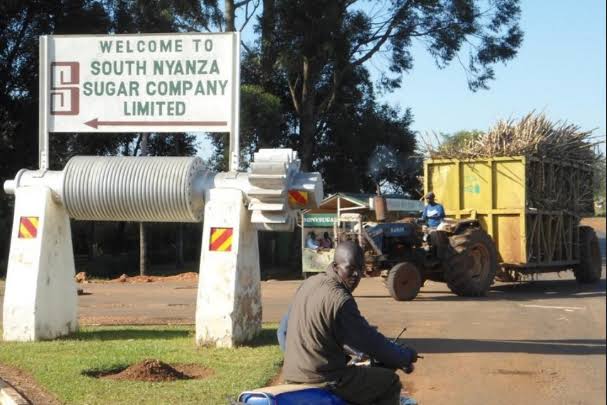 Sony sugar has been struggling financially for time now with farmers and workers going on strikes over nonpayment. While this could ordinarily be blamed on mismanagement, something wasn’t adding up.

The company was receiving unusual payments claims from farmers. As a matter of resuscitating the sugar company, management contracted an investigating firm to establish whether these claims from lawyers were genuine.

The brief circumstances of the case are that South Nyanza Sugar Company Limited (SONY SUGAR COMPANY) officials reported that their company is experiencing enormous cases of embezzlement of funds. This is as a result of fake civil cases filed by advocates and using names of SONY SUGAR farmers (clients) without the farmers’ knowledge

There are over 50 law firms involved. In 2014 we had 5. Most these just came from Mumias Sugar Nzoia Sugar, and Chemelil Sugar.

Records at the company’s’ registry and those at Migori Court registry indicate that several farmers’ names are being used to file fictitious civil cases without their knowledge. Some cases are pending before court and others have been awarded money but when interviewing the relevant farmers, they asserted that they had never met the said advocates, never filed any civil case neither have they received the award monies.

Some of the documents indicate that some names of farmers who are deceased are being used to obtain money from the company.

The following farmers were interviewed and confirmed as follows: John Otieno Orwa his case 2385 of 2015 was filed in Migori without his instructions and authority and has again been refilled as Civil suit no 299 of 2018 in the same migori court,

One Francis Kuwawe Okomo, and  Stephene Odhiambo Abich were paid for suits they never instructed advocates and who they have never met. They have not received they loot too. 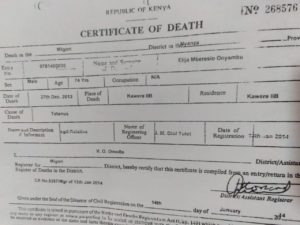 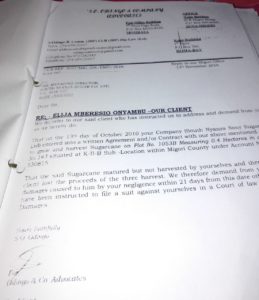 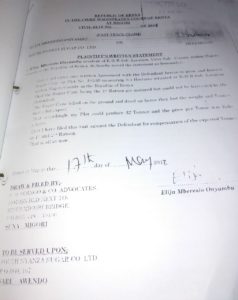 The deceased even signed an affidavit on 27th May 2018. These captures how the law firms use ghost clients to embezzled funds from the Miller.

Samson Ontiri is litigant who died in Tabaka Hospital in 03/09/2013 and the amazing thing is that Kerario Matwetwe & co Advocates have filed a suit no. 687 of 2017 in Rongo court.

The eldest son who is Principal of Nyakeyo High School confirmed that the family has never instructed any law firm as they still do sugar cane farming and are still supplying to SONY SUGAR. 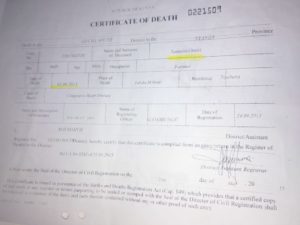 Samson ontiri is another ghost litigant. Died in 2013 but his matter was filed in 2017. Crude ways of earning a living. 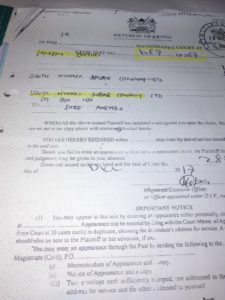 The amount of monies paid out as compensation for damages to law firms are huge. They have crippled  the company to a level that the management cannot pay its suppliers, farmers and workers.

Accordingly it became necessary to contract a professional due diligence firm to assist in unearthing this legal pests who have preyed the millers in the Kenyan sugar belts.

Advanced Forensics Limited was the firm that has been on the ground since management entered into contract with them.

Efforts to contact the operative on the ground weren’t succesfull but we got to the CEO Charles Kimani Njuki who gave us scanty information on the scale of fraud. He indicated that the losses are huge and run into millions.

They range from payments to:

He could not divulge much as the matter is sensitive. We established that the firm has done many prominent matters.

This style of embezzlement seems like a borrowed template where lawyer Ojienda who was recently arrested for the Sh200M loss at Mumias Sugar. It’s a bitter case where dubious lawyers rip off the company at the expense of poor farmers not getting paid, workers and a ripple effect of undermining the southern Nyanza economy.

Bank accounts of the dubious lawyers mentioned have since been frozen on the command of ODPP as the matter now goes to court. It’s also an opportunity for the management to now put the house in order as the investigators have poked the leaking holes.

FEMICIDE: How Nicholas Koskei Killed His Wife In Elementaita Lodge and Is Still Free