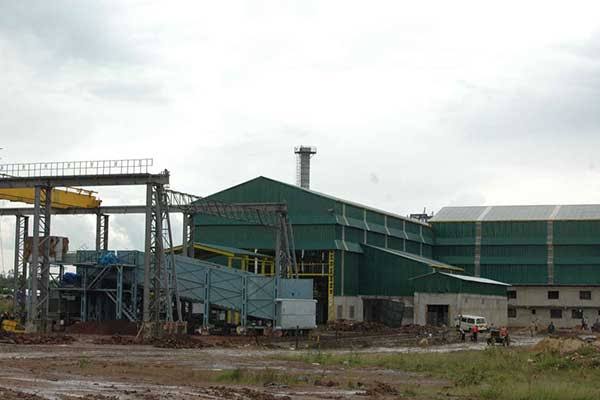 Failure to maintain Sony Sugar Company plant machine for the last five years has greatly affected the efficiency and reliability of the company, according to the factory management.

The Company Acting Managing Director James Oluoch warned  that the plant needs immediate partial or full maintenance so that it can process more tons of cane a day which will translate to more revenue hence stability of the company.

Speaking at a meeting with members of the Nyanza Regional Development Implementation, Coordination Committee (NRDICC) held at the company, Mr.  Oluoch said the miller can no longer predict its revenue due to unreliable sugarcane crushing capacity.

The committee led by its chairman Mr. James Kianda who is also the Regional Commissioner was in the area to inspect development projects funded by the National government. In company were also members of the Migori CDICC that is chaired by the local County Commissioner Joseph Rotich.

According to the MD, when the company machine is fully maintained it processes 100 tons of cane with expected output of more than 10 tons of sugar.

But currently in every 100 tons of processed cane the company merely gets up to 4 tons of sugar, a scenario which has led to delay in paying cane farmers and the company employees.

Mr. Oluoch revealed that the company desperately needs close to Sh 346 million to do thorough maintenance of the plant for its smooth continuity.

He said the company had written to the County Government of Migori requesting Sh. 210 million loan for its partial machine maintenance but they are yet to receive feedback.

“We are also seeking help from our key stakeholders to carryout maintenance in order to restore waning confidence of the farmers and community,” added Oluoch.

He said the company failed to carryout annual company machine maintenance in 2017 due to the request of the government not to do it because there was shortage of sugar in the country.

Further, poaching of the contracted cane has threatened the continuity of Sony, he informed the visiting Regional Presidential Delivery Unit team, adding that the three neighboring sugar millers of Ndhiwa, Sukari and Masai Mara have been poaching Sony cane from its contracted farmers.

“Efforts to have agreement on ways of regulating cane poaching have failed because each of the three companies pursues unique interests,” the MD said.

He said contracted cane farmers are easily lured due to the fact that they will be paid fast compared to their delayed payments at Sony.

Former Awendo Member of Parliament Jared K’Opiyo who is also a board member at Sony said the two levels of governments should intervene and save struggling sugar millers in Western Kenya which are supporting close to 10 million Kenyans.

However, Mr. Kianda told the management to be firm against those out to take advantage of the current state of the factory to loot its assets.

At the moment auctioneers have attached 16 vehicles belonging to the company on reasons that are not quite clear to the management.

Company chairman Charles Owino Likowa regretted that the company was currently facing over 8,000 litigations in court instigated by unscrupulous lawyers working in cahoots a clique of farmers to fleece the company of its revenue.