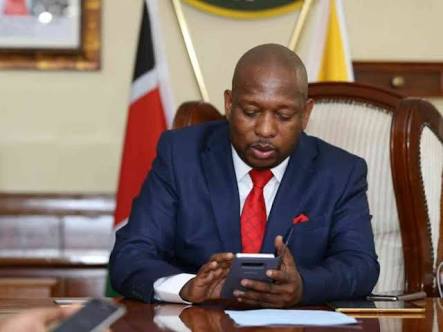 According to Africa Intelligence, Nairobi Governor Mike Sonko is in the run to bag Hotel 680 which was recently put up for sale by Indian billionaire Jac Patel who’s determined to let go his entire line of hotels.

Under the umbrella Sentrim Group, the businessman, who also owns seven other hotels sough to get rid of all eight premises in an invitation for bids for sale.

Sentrim sought to sell the hotels through Knight Frank, a firm that provides residential and commercial property advisory services.

In the advert placed by Knight Frank, the firm sought to “represent the sale of the entire Sentrim Hotel portfolio comprising of three prime city investment and redevelopment properties and five excellently located lodge/tented camp properties.”

The 680 hotel, located at the intersection of Kenyatta Avenue and Muindi Bingu, has been a constant source of controversy. It was rumored that the hotel had been acquired by DP Ruto at Sh3B in which Sh2B was paid upfront. Critics of the DP have alleged that the sale of Sentrim Group is a ploy by the DP to launder his supposedly ill acquired wealth.

It would be a case of high curiosity should the Governor acquire the Hotel whose value would appreciate from the previous estimations. It would concern EACC should this acquisition material given his known salary and value of property. The Indian Ocean newsletter which is a reputable outlet, say their information came from a source at the real estate agency.

Related Content:  Governor Kidero Opts To Defy Ombudsman Directive To Repossess Grabbed Eastleigh Land Letting Developers Continue With Illegal Construction
Kenya Insights allows guest blogging, if you want to be published on Kenya’s most authoritative and accurate blog, have an expose, news TIPS, story angles, human interest stories, drop us an email on [email protected] or via Telegram
Related Topics:
Up Next