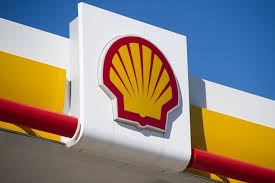 Shell Petrol Station in Buru Buru has this this morning been caught up in fuel adulteration scandal. Motorists who had fueled there noticed unusual engine behaviors sending panic and many had to make trips back to the station.

Preliminary check indicates the fuel had been mixed with water this comes only weeks after another Shell station in Kiambu Road belonging to Kidero’s son was caught up in a similar accusations.

Such incidences puts the reputation and customer trust in jeopardy, who’s going to be comfortable fueling at a station with question marks. For an international brand, Shell can do much better then engaging in petty theft and causing damages to unsuspecting customers. These incidences must therefore be investigated and the truth determined. The company must also pay for damages and those involved put to task.

Below are the photos of suspected adulterated fuel drained from the cars in buckets at the Buru Buru station. 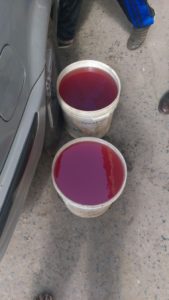 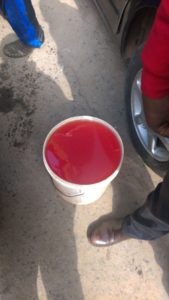 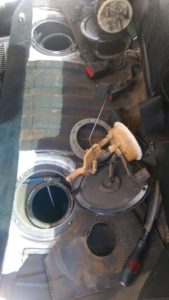 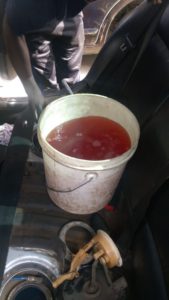 Kenya Insights allows guest blogging, if you want to be published on Kenya’s most authoritative and accurate blog, have an expose, news TIPS, story angles, human interest stories, drop us an email on [email protected] or via Telegram
Related Content:  Mariga In Fresh Trouble
Related Topics:
Up Next