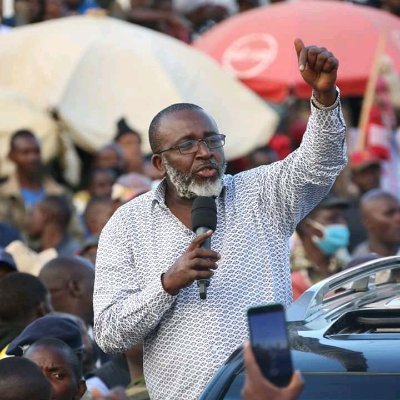 A Nairobi Court has declined to stop the arrest of Meru Senator Mithika Linturi over who is accused of faking signatures to secure a Sh530 million loan where he also used the the properties belonging to his estranged wife as collateral.

Justice Weldon Korir denied Linturi anticipatory bail as he chose to hear from the Director of Public Prosecutions (DPP) and the police before the court can take any action on his request.

The senator and his ex-wife Emily Nkirote Buantai sought court protection from a possible arrest arguing that the matter is being handled through civil cases pending before different courts.

DPP Noordin Haji had recommended the arrest of Senator Linturi for the criminal offences touching on overdrafts, loans and other credit facilities from the bank.

Linturi arrest is looming at a time when the senator is also embroiled in a fierce court battle with his one time mistress, Ms Kitany, over the control of a business empire the latter claims she built with the senator before she was dumped. 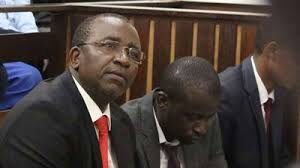 Meru Senator Mithika Linturi in a past court session [p/courtesy]

The company at the centre of the dispute is Atticon Limited which Mr Linturi fully owned but later ceded 50% shares to Baron Estates Ltd to guarantee a Sh50 million loan he intended to borrow at Family Bank. Baron Estates Ltd is associated with the senator’s estranged wife.
Related Content:  Forgotten Files: Billionaire Humphrey Kariuki Busted Using Shell Companies To Evade Tax In Kenya

But Linturi is accused of fraudulently kicking out Baron Estates from ownership of Atticon and further increasing the loan to Sh530 million without Baron’s consent.

Baron Estates was approached by Atticon agents to help in the liquidity and workings of their firm in August 2015 and it agreed to charge two of its properties to secure Sh50 million 12-month overdraft facility from Family Bank for consideration of 11,000 shares equivalent to 50%.

The embattled senator was left with 50% shares which he owned through Litany Investments Limited – a company he jointly owned with Emily Nkirote but they later resigned as directors in 2017 and appointed directors to run it.

But Mr Linturi breached the agreement and declined to allow the new directors to take over and single-handedly managed the affairs the firm and it’s bank accounts.

The move forced the two directors to resign but in October 2018 the ownership of Atticon was changed to Senator Mithika Linturi with 10,950 shares and Ms Nkirote was left with 50 shares.

Kenya Insights allows guest blogging, if you want to be published on Kenya’s most authoritative and accurate blog, have an expose, news TIPS, story angles, human interest stories, drop us an email on [email protected] or via Telegram
Related Content:  Kenya Move To Curb Tax Evasion With New Ownership Registry
Related Topics:loan forgeryRodha KitanySenator Mithika Linturi
Up Next

Hiding In Plain Sight After The Murder