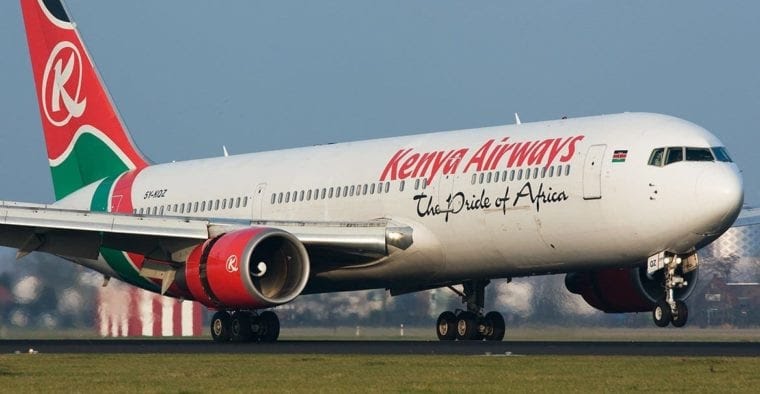 Passengers on a flight from Nairobi to Dar es Salaam have reason to give thanks after the plane they were in experienced technical difficulties mid-air.

On October 4th a Kenya Airways E190 flight KQ484 on its way to Dar es Salaam from Nairobi had to make a quick return to Nairobi 33 minutes after departure. The plane which was climbing through 38,000 feet is said to have experienced engine failure.

Passengers took to social media to share their experience. In a tweet, one passenger explains that the crew announced the flight would be rerouting to Nairobi after engine failure, in the tweet he further narrates how gas masks were deployed and the joy when they finally landed.

Kenya Airways are yet to release an official statement.

Kenya Insights allows guest blogging, if you want to be published on Kenya’s most authoritative and accurate blog, have an expose, news, story angles, human interest stories, drop us an email on tips.kenyainsights@gmail.com or via Telegram
Related Content:  DP Ruto’s Aligned KPA MD Daniel Manduku Is Under Siege
Related Topics:
Up Next