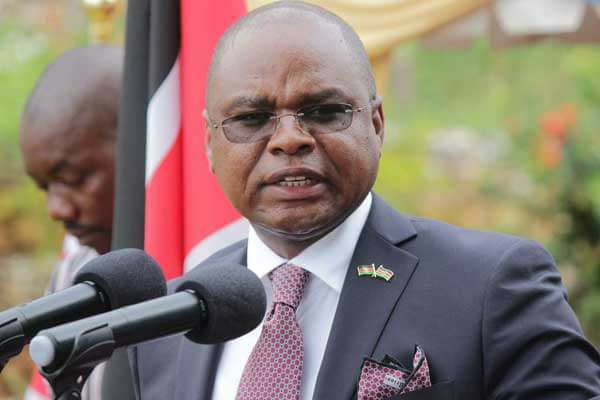 Malindi Resident Judge Stephen Githinji directed that the county government from taking over the collection points and or collecting cess and parking revenue from the company pending the inter-partes hearing and determination of a suit filed by Raindrops limited.

“It is hereby ordered that an interlocutory injunction be and is hereby issued restraining the County Government of Kilifi and or any other third parties …from taking over the collection points and or collection of cess and parking fees pending the hearing and determination of this application inter-partes,” the judge said.

The suit, which was also certified as urgent, follows a decision by the county administration to terminate the services of the company that has been collecting cess of parking fees on its behalf since 2013.

“Raindrops limited is no longer authorized to transact any business on behalf of the County government of Kilifi with effect on Monday January 17, 2022,” read the notice, which added that the county administration would not be responsible for monies paid to Raindrops.

Irked by the county administration’s decision, the company directors moved to the High Court in Malindi under a certificate of urgency to seek judicial intervention. This led to the injunction issued by Mr. Justice Githinji Monday.

On Tuesday, officials of Raindrops Limited expressed joy at the temporary reprieve but urged the National Government to intervene in the conflict between the company and the county administration.

Raindrops Chief Executive Officer Shaib Mgandi said following the court order, the company’s operations would resume today (Wednesday), and urged persons obliged to pay taxes to the county government to do so through Raindrops.

He accused the county government of using police officers to chase away the company’s employees and urged the security agents to provide security to the employees as they resume duties now that the court had issued the order.

“The county government has incited the public against the company and its employees, hence there is need for the security apparatus to provide security to our employees in all collection points so they are not attacked,” he said.

The company’s accountant, Mr. Elijah Mbigo, said the company had signed a 15-year contract with the county administration to collect revenue from two streams and that terminating the services seven years earlier is a clear breach of contract.

He said his company uses sophisticated ICT equipment to collect revenue as opposed to the county government, which he claimed was using an outdated system.

“Comparing the county government’s collections and ours is like day and night because they use the outdated manual system and guess work while we have sophisticated ICT equipment where everyone linked to the system can see the remittance as it is paid real time,” he said.

Related Content:  NYS Storekeeper Unable To Explain Source Of His Sh227M Wealth
Kenya Insights allows guest blogging, if you want to be published on Kenya’s most authoritative and accurate blog, have an expose, news TIPS, story angles, human interest stories, drop us an email on [email protected] or via Telegram
Related Topics:
Up Next