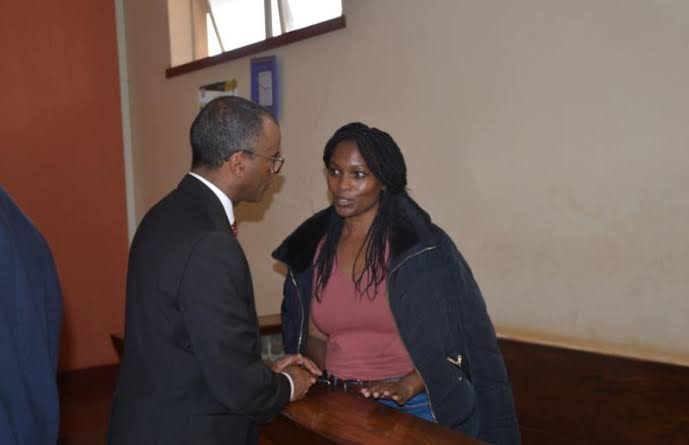 The wife of slain Dutch billionaire Tob cohen, Sarah Wairimu has moved to court to seek orders that would have her allowed in her Kitisuru home. In documents filed in court by her legal counsel Philip Murgor, Wairimu asked for permission to collect her personal belongings from the home, including two dogs.

In the documents filed on Wednesday, Ms Wairimu accused Director of Criminal Investigations George Kinoti of taking away her clothes, cars, shoes, electronics, and dogs. She claims Mr Kinoti took these possessions on September 10, 2019, when he sent officers to guard her house.

“The applicant has lost a significant source of income and is therefore only capable of meeting her immediate subsistence needs and is constrained to further meet the cost of the purchase of new items,” read court papers.

Wairimu has also accused DCI officers of interfering with the crime scene when they visited the home.

“On September 13, 2019, Kinoti gave a televised statement at Wairimu’s house and allowed the media and members of the public free access to the home. This led to an interference with the crime scene,” the documents state.

Murgor writes that Kinoti seized Wairimu’s property without a search warrant and no documents have been provided in court as proof that her house was protected.

Documents say Wairimu has been relying on friends for basic items and her cost of living was going up every day, seeking to be allowed to get her items.

“My client has lost a significant source of income and she is only capable of meeting her subsistence needs,” said Murgor.

On Tuesday, November 12, Wairimu and her co-accused were charged afresh. This is after the prosecution made a successful application to have the two murder cases consolidated.

Fidel Odinga’s Property Battle To Be Settled Out Of Court