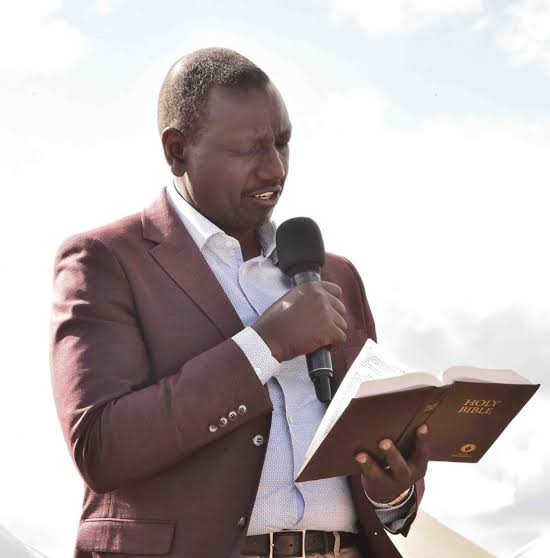 Deputy President Dr William Ruto is locked in a bitter struggle with Jubilee party mandarins for the control of the ruling party. Based on precedent, this tussle may not end well for him should he decide to stay the course.

Right from independence, any disagreement between the President and his assistant has ended badly for the latter. Kenya’s first Vice President Jaramogi Oginga Odinga was elbowed out of the party by carefully designed steps that were not necessarily legal. Tom Mboya who was the secretary general of the ruling party orchestrated a series of measures that whittled down the powers of the party’s vice chairman. Some of these moves were not anchored in law but the overriding powers of the party leader ensured that Odinga’s position in the party became untenable and so he was forced to resign as the party’s second in command and eventually as the nation’s Vice President. The only logical course open to him was to form an opposition party, Kenya People’s Union (KPU).

Then came the fourth Vice President, former President Mwai Kibaki. At the time that he was serving as the Vice President, the ruling party was immensely powerful and any sign that a party official was not loyal enough to the powers that be was almost a sure ticket to political oblivion. Kibaki was viewed as not loyal enough and so the party machinery was unleashed to tame him. It is said that there was a time that Kibaki could operate politically only in his Othaya backyard. The schemers did not end there. There was actually an attempt to rig him out of his seat as a Member of Parliament and also as the KANU branch chairman, a move that prompted him to quip that even rigging required some measure of intelligence.

Related Content:  The Hurdles Ruto’s Lawyer Khan Is Facing From Being The Next ICC Prosecutor Despite Being Front Runner

Fast forward to the last months of Moi’s presidency when Prof. George Saitoti, the ruling party’s vice chairman was removed from the post and relegated to the position of one of the four vice chairmen of the party, something akin to what happened to Jaramogi Oginga Odinga in 1966. This happened notwithstanding the fact that Saitoti had served as Kenya’s Vice-President for a record thirteen years. President Moi casually dismissed Saitoti’s ambition to succeed him by saying that they were friends but leadership and friendship were two entirely different things.

If you look at the three scenarios, you will realize that the ruling party always has had an inordinately powerful individual, who was mandated, though unofficially to do its dirty work of cutting the deputy party leader to size. Under the founding father Mzee Jomo Kenyatta, there was the mercurial Tom Mboya who was tasked with the responsibility of taming Jaramogi. Joseph Kamotho, the KANU secretary general and the late David Okiki Amayo, the chairman of the KANU disciplinary committee were the sheriffs in town as far as disciplining errant or ambitious members was concerned. At the moment, the man who calls the shots in the ruling party, Jubilee is none other than Raphael Tuju, the party’s secretary general.

From the foregoing, it is not farfetched to imagine that the Deputy President’s quest to wrest control of the party from the president’s men is likely to hit a brick wall. The fact that the party’s constitution empowers the President to make changes of officials without consulting anybody makes it even more difficult for the DP to have his way in the tussle.

Furthermore, at a time when the country is grappling with the challenge of managing the Coronavirus pandemic, any dabbling in quarrelsome political activity may be construed to mean that the complainants in the party are out to sabotage the President’s agenda of managing this crisis. Given that the party adherents who are allied to the Deputy President always appear as cantankerous does not help matters.

All the power struggles that have involved the President and his deputy in Kenya have ended in the big man’s favour. I don’t see how the current one will play out differently. The immense powers the President enjoys both at the party level and in his capacity as the chief executive of the nation makes it almost impossible for his deputy to pull the rag under his feet. The Deputy President’s allies berating of the party secretary general further complicates things for the DP because Tuju is acting on behalf of the President and an affront on him is like fighting the party boss himself. This behavior is similar to what the DP’s allies were doing to the opposition chief Raila Odinga where vilifying him over the handshake, which he did with President Kenyatta, was actually a direct affront to the Head of State.

Be that as it may, the Deputy President can still change tack and quit the party altogether and create a new political outfit ahead of the 2022 General Election. This route though, is fraught with a myriad of challenges. Most importantly, is the fact that the DP would lose the government’s goodwill, going forward. This is not something desirable to the DP given that he worked so hard to put the party in power. Again, unlike the previous deputies, he was actually elected alongside his boss and so throwing in the towel effectively amounts to abdication of his responsibilities as the second in command in favour of his plans to succeed his boss when the time comes.

And this may force the DP to go back to the drawing board. The timing for this tiff is not good at all. The notion that the DP is fighting his boss does not augur well at this point in time. It is said that even a single day is a long time in politics and so the DP may be racing against time to sort out the mess in the ruling party but Covid 19 pandemic is not an ordinary crisis given that it is global. Perhaps, the DP ought to slow down a bit until such a time that the country will have returned to normal. Just my take!

Wehliye: How The Goverment, CBK And Commercial Banks Working Together Can Salvage The Economy From Covid-19 Pandemic