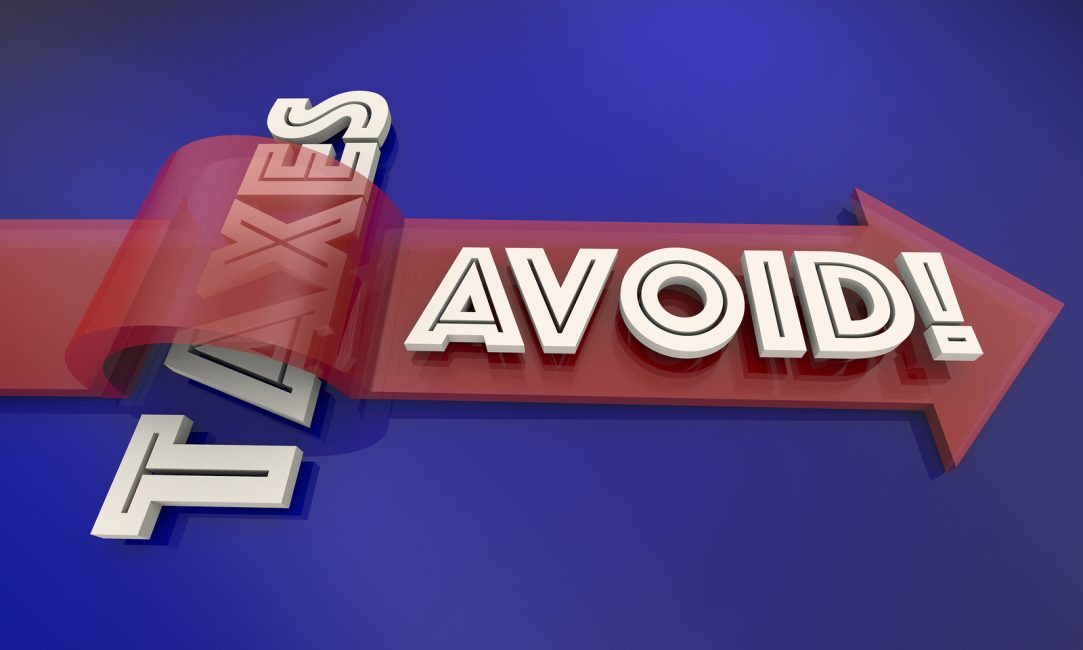 The practice involves registration of holding companies in countries that have lower tax rates than Kenya’s, then coming back to trade as a foreign firm and avoiding the dreaded corporate tax

Hundreds of Kenyan business people are using offshore holding firms to avoid taxes in a clever legal manipulation of registration laws that enables them to lower their local tax burden, investigations by a local media revealed today.

In effect, while the companies earn billions in profit from their local business, they avoid paying their full share of tax to Kenya Revenue Authority — and it is all legal.

Tax avoidance is the legal usage of the tax regime within a country to one’s advantage. It gives individuals and companies a chance to reduce the amount of tax that is payable to the local taxman by means that are within the law.

This scheme involves registration of holding companies in countries that have much lower tax rates than Kenya’s, then coming back to trade as a foreign firm and avoiding the dreaded corporate taxes.

Some of the companies using this complex ownership scheme to avoid taxes have bagged hefty contracts that have raked in billions of shillings in profit.

KRA levies a standard 30 per cent of earnings in corporate tax for firms incorporated in Kenya, while the foreign-based firms pay only 20 per cent withholding tax which is dependent on whether Kenya has a tax treaty with the country where they are registered.

In most cases this amounts to nothing due to transfer pricing where companies book their income in offshore jurisdictions.

Transfer pricing happens when related companies tend to trade with each other — purporting to be different entities.

So bad is the situation that KRA wants to come up with new laws to govern this sector.
“We’re changing tax laws to ensure shell companies of firms doing business without a local presence have their (tax) issues addressed comprehensively,”

A July 2018 report by the Tax Justice Network has revealed Kenya is now one of the biggest tax havens for the rich who are seeking to keep their offshore financial activities secret to evade high taxes in their jurisdictions.

What this means is that more direct foreign investors (DFI) now prefer to conduct their offshore financial transactions in Kenya because they feel, as investors, their interests would be protected by the government.

A few years ago, Kenyans paid millions of shillings in compensation to shadowy owners of Clinix, a company that won a contract for medical cover for civil servants.

According to the registrar-general’s office in the AG’s chambers, information concerning the directors of Farmers International, said to own 99 per cent of the shares in Clinix, had been sought from the ministry of Foreign Affairs, since the company was registered in the British Virgin Islands.

“We have since written to the ministry of Foreign Affairs for disclosure of the names of directors of Farmers International since it is now a requirement for full disclosure of owners of a company before it is allowed to conduct business in Kenya,” said an official at the department, who accompanied Attorney-General Githu Muigai.

She was giving evidence before the National Assembly Health Committee which is enquiring into the matter that has dragged on for four years, exposing taxpayers to millions of shillings loss in interest rates and litigation fees.

However, at the time it won the Sh202 million contract in 2009, the Companies Act was not in place and foreign companies with local agents were allowed to conduct business in the country, and in the case of Clinix, there are local owners who own a paltry one per cent of the shares.

The committee is investigating specifically on why payments to the companies had been delayed following termination of the contract in 2012.

In the construction sector, for instance, Kenyan company Civicon Limited has over the last few years won roads, petroleum and green energy tenders worth more than Sh20 billion in Kenya, South Sudan, Ethiopia, Tanzania, Rwanda and the Democratic Republic of Congo.

The Mauritius government has a 15 per cent corporate tax rate, which is half of what Kenya levies.

Unlike Kenya, Mauritius does not levy capital gains tax and withholding tax, which makes it more attractive to investors.

Tax havens have not only been a headache for Kenya, but for developed and developing countries as well. Recently, the EU threatened to blacklist the British Virgin Islands (BVI) and other such territories unless they adopted rules that can curb tax avoidance by shifting profits to shell companies in zero-tax offshore jurisdictions.

One of the biggest players in the floriculture industry, Primarosa Flowers Limited, has also employed an ownership structure that could easily make a layman’s head spin while trying to understand it — and weave through the ownership maze.

Mwaridi Limited is, in turn, owned by Crest Overseas (99.9 per cent) and Primarosa Flowers Limited (0.1 per cent). This means that Primarosa also partially owns its owner.
In the British Virgin Islands, where Primarosa’s parent company is registered, the corporate tax rate for 2019 is nil for all BVI-domiciled corporate entities.

There is no withholding tax on dividends, interest, royalties or technical service fees in the BVI, and no branch remittance tax.

For being a tax-neutral jurisdiction, the BVI has become attractive to companies that operate elsewhere and is home to more than 400,000 firms that are charged only $450 (Sh46,350) a year to operate from there. That is how the islands make their money and are home to Kenyan-linked companies such as Crest Overseas, Kamlesh Pattni’s World Duty Free Limited, and Mwendia Nyaga’s Abantu Oil and Gas Limited — all of which have their origins in this archipelago of 60 islands; some of which are billionaire-owned by the likes of Google’s Larry Page and Virgin’s Richard Branson.

In Kenya’s case, some of these shell companies have also found themselves at the centre of controversial government deals.

The scandal revolved around 18 security-related contracts that were to see the Kamanis supply various equipment to government entities.

But most of the equipment was not supplied and the little that was shipped in turned out to be sub-standard.

It has become hard to tame tax avoidance — a global business practice. Samuel Mwaura, partner in charge of taxation at consultancy Grant Thorn-ton, argued that KRA should improve its surveillance of companies to track the initial source of business.

“What matters is the source of this business. If it’s Kenya then KRA should pursue the company for tax. It’s not enough to say my business is registered elsewhere so I should not pay tax. KRA needs to improve its surveillance so that it has information on businesses. It also needs to work with other governments to get information on Kenyans with companies offshore,” Mr Mwaura said.
While there is nothing illegal in using a holding company registered outside Kenya to run a local business, the practice is frowned upon and several governments around the world have been fighting to end it.

In a past study, the Organisation for Economic Cooperation and Development (OECD) — an intergovernmental lobby — noted that Kenya could have lost up to Sh144 billion (10 per cent of annual revenue collection) in the 2018-2019 financial year through tax avoidance.

Nation investigations indicate that Mauritius and the British Virgin Islands are the most popular tax havens used to avoid taxes in Kenya, and keeping secret the beneficial owners of the businesses.

Businesspeople from countries with corporate tax rates in the same ballpark as Nairobi but who want to invest in Kenya opt to take a detour through one of the tax havens where they incorporate a briefcase company, which then completes the investment journey to Kenya for them.

Related Content:  ‘I Won’t Sue You But I Can Harm You’ A Threat Kirubi Gave Boniface Mwangi On A Story He Wrote On Him

Companies like Actis from the United Kingdom (Garden City, Nairobi Business Park), Leopard Systems Inc and Qatar National Bank have joined the gravy train while investing in Kenya.
In November, 2016 more than 100 governments, including Kenya, wrapped up talks through the OECD on a treaty that could stop the shell game as it will see taxes paid in the country of economic activity.

The treaty, dubbed the Multilateral Instruments (MLI), will also allow countries on board to amend other tax-related treaties to limit various tricks used by companies to avoid taxes.

The KRA said that this, added to amendment of local laws, could put a stop to the use of briefcase firms to transfer profits to other countries while avoiding taxes.

“We’re in the process of signing the MLI. Kenya is working with global partners — governments and international bodies like Africa Tax Administration Forum (Ataf), and the United Nations to ensure that international tax rules are amended to apply to current business structures.

KRA has given several amendment proposals to Parliament and most of them have been implemented.

“The intention is to ensure companies registered in tax havens are treated differently. It (MLI) will enable us to amend treaties we have with others on taxes. The MLI’s aim is to ensure that our treaties are aligned to deal with abusers,”
Maurice Oray, KRA’s deputy commissioner corporate policy, told the Nation in an interview.

Kenya’s investigative agencies have also been lax in probing potential tax evasion schemes despite global efforts to expose the vice.

When the International Consortium of Investigative Journalists (ICIJ) released a trove of documents detailing how thousands of politicians and businessmen around the world used the shell game to escape taxes, Kenya was left behind in probing its nationals named in the schemes.

Today, France, Canada and Iceland have recovered over $1.2 billion (Sh100 billion) from individuals who were found guilty of tax evasion following investigations that started with the Panama Papers.

THE LAW ALLOWS THE PRACTICE

While the companies earn billions in profit from their local business, they avoid paying their full share of tax to Kenya Revenue Authority.

Tax avoidance is the legal usage of the tax regime within a country to one’s own advantage.

It gives companies a chance to reduce the amount of tax that is payable to the local taxman.

Number of countries registered in the British Virgin Islands, a tax-neutral jurisdiction.
46,350

Amount of shillings a company pays each year to be allowed to operate in the islands.

Terror Alert In Nairobi And Mombasa