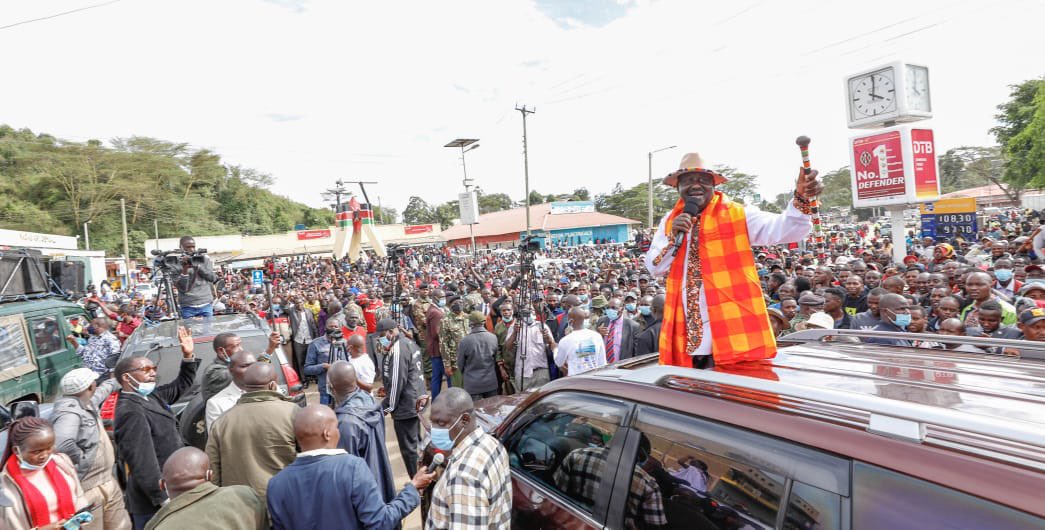 ODM leader Raila Odinga has supported calls by President Uhuru Kenyatta to the effect that dissatisfied members of his administration should quit.

This sentiment has largely been interpreted as a message directed at Deputy President William Ruto by his boss.

And, Raila who was in Narok County Sunday argued that the head of state was right to feel aggrieved about persons who criticize him yet they still serve in his government.

He said the Deputy President was a culprit, accusing him of ambiguity in his messaging. He wondered why the DP wants to take credit for projects initiated by the state while at the same time deride its ‘priorities.’

“You keep saying the government has done this and this when you visit places like Narok, yet in other places, you oppose the same government. That is doublespeak.” Raila told a rally in Narok town.

The opposition leader further rallied behind the President’s stance on his succession plan. He said Uhuru is justified in his assertion that he will not hand over the country’s leadership to individuals with questionable wealth.

“You heard the President say he cannot leave the presidency to thieves. He is the President and he understands very well what is going on in the country.” Raila said

At the same time, Raila hit out at Ruto over his claims that the ODM leader was responsible for the Jubilee administration’s alleged non-performance in its second term in office. The opposition leader insists he has never been part of the government.

He asked the locals to rally behind the Building Bridges Imitative report citing its proposals to reform the country’s governance and economic structure.

Speaking during the rally, ODM Nominated MP and KNUT Secretary General Wilson Sossion also drummed up support for the BBI noting that its “nine-point agenda will revolutionize the country’s economy.”

He expressed confidence that more than the required number of county assemblies would pass the Constitution of Kenya Amendment Bill 2020, paving way for a referendum.

“As teachers and workers, in 2002 and 2007, we decided we will change this country. BBI will decentralize more resources and we will adopt it and wait for elections in 2022. After BBI, we will be supporting Raila’s candidature.” He said to a charged crowd.

CS Kibicho Hints On His Plans Post Office As He Sell BBI In Mt. Kenya