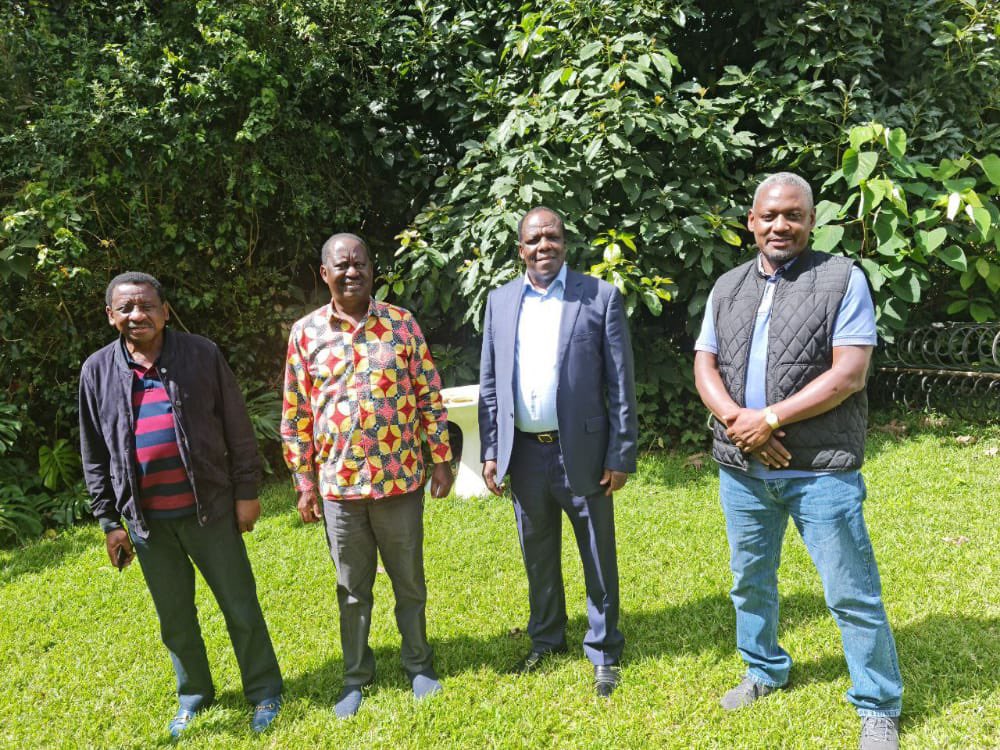 ODM leader Raila Odinga met Senator James Orengo, Rarienda MP Otiende Amollo and Governor Wycliffe Oparanya Monday in a move to end open defiance in his party ahead of the crucial vote in the Senate for the Building Bridges Initiative (BBI).

Lawyer Orengo is Odinga’s closest ally who has stuck with him for years, but is lately seen to revolt after opposing the party’s position on the proposed 70 new constituencies.

On the other hand, Oparanya, seen as Odinga kingpin in Western Kenya has set his eyes on the presidency and left tongues wagging when he met Deputy President William Ruto.

Odinga tweeted Monday that he had a brunch with Orengo, Oparanya and Kitui Governor charity Ngilu but no further details of the talks were provided.

I had a great chat this morning with Governor @mamangilu and @GovWOparanya together with Senator @orengo_james whom I hosted for brunch.

Thanks for dropping by. pic.twitter.com/FNffTomHYM

Consultations with ndugu Francis Atwoli at his home in Kajiado.

We discussed how workers can be given a sense of stability, and empowerment especially during this pandemic. @AtwoliDza @OAmollo @GovWOparanya pic.twitter.com/y5J1fXQLKT

Together With Gov Oparanya & Sen Orengo, Had A Good Meeting With Rt Hon Raila Odinga At His Karen Home pic.twitter.com/k5ImBZb8Tb

Kenya Insights allows guest blogging, if you want to be published on Kenya’s most authoritative and accurate blog, have an expose, news TIPS, story angles, human interest stories, drop us an email on [email protected] or via Telegram
Related Content:  So Just Who’s Sam Wakiaga, The Man ODM Wants To Be The Next Governor Of Nairobi
Related Topics:
Up Next