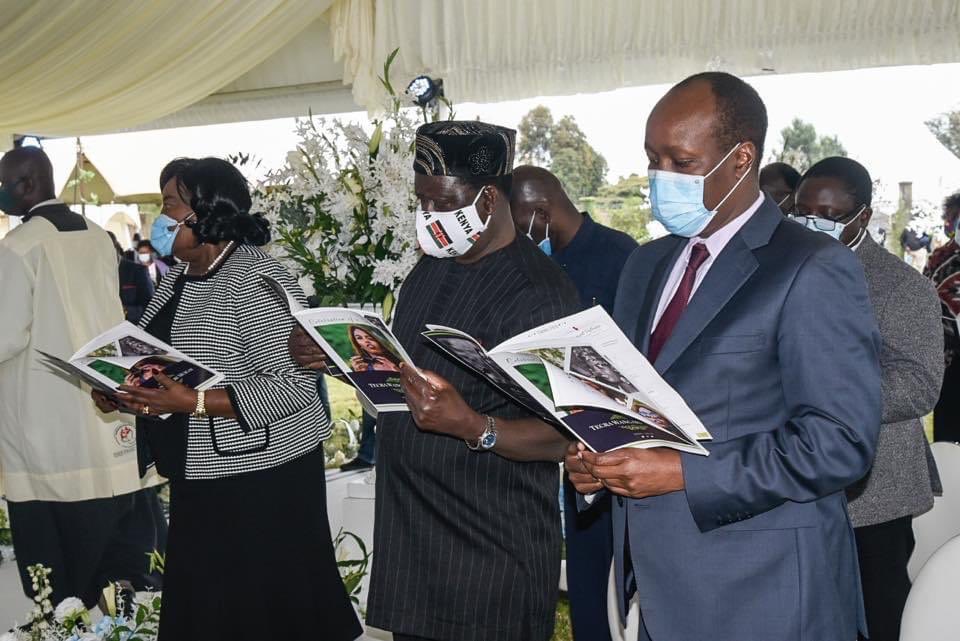 Keroche Breweries Limited in their latest episode of the battle, failed to meet a court deadline to the pay Kenya Revenue Authority (KRA) Sh500 million, setting the stage for seizure of its assets by the taxman.

The company had been directed to pay the amount within 30 days, which has since lapsed without depositing the money.

The Naivasha-based brewer rushed back to court, fearing that KRA would attach its bank accounts for failing to pay the money.

In the petition, Keroche CEO Tabitha Karanja wants the Sh500 million reviewed, adding that the effects of the coronavirus pandemic including closure of bars and night clubs has hurt its sales.

The company reckoned that it cannot borrow from banks because it is running on overdrafts and owes lenders like Absa Kenya.

“This is, however, not possible at the moment since the appellant (Keroche) is already heavily indebted on account of overdraft facilities and numerous bank loans from Absa Bank Kenya Plc, which it is required to service through monthly instalments of Sh57,000,000,” she said.

“The appellant has carefully examined its financial books and it is clear that it is not in a position to pay the respondent (KRA) Sh500 million,” she added.

Justice David Majanja had on March 16 ordered Keroche to pay KRA Sh500 million as a condition to stop the taxman from recovering Sh9.1 billion from the brewer.

Justice Majanja said that if the brewer failed to pay the amount in 30 days, an order stopping KRA from recovering the amount by attaching Keroche’s accounts would lapse.

This came after Keroche secured an order barring KRA from seizing its bank accounts and protection from forcible transfer of cash from the lenders to the taxman.

The KRA had ordered five top banks to transfer cash in Keroche’s bank accounts to the agency’s coffers, grounding the brewer’s operations.

The taxman had hinged its aggressive action on the Tax Procedures Act, which empowers it to seek taxes directly from third parties like banks, employers and suppliers as well as seize and auction property to recover unpaid tax.

The Act also gives the KRA powers to freeze tax cheats’ property transactions and ultimately auction the assets to recover the unpaid tax.

Keroche’s main asset is its brewing plant in Naivasha where it manufactures the Summit Lager and Summit Malt beers.

The taxman can post its staff to businesses owned by high-profile tax cheats, deploying them to the accounts departments, to recover unpaid taxes.

The KRA had also threatened to ground Keroche Breweries operations by denying the firm tax stamps affixed to beer, wines and spirits bottles.

Keroche said the movement restrictions imposed by the government in the wake of the coronavirus pandemic and closure of bars had left it operating at a loss.

Mrs Karanja said she was apprehensive that the company that has been in existence for 23 years, would be greatly affected and with it, the livelihoods of some 300 employees, if KRA is allowed to move in.

The company is contesting a tax demand for Sh9.1 billion and has accused the KRA of reclassifying its products, backdating uncollected taxes and changing the formula, all in a bid to squeeze more from them.

In the middle of the circus, the Karanja’s family lost their daughter Tecra who died from injuries incurred from an accident at a hotel she was staying with her boyfriend in Lamu.

She was laid to rest this weekend in a private occasion attended by family, close friends and a handful of politicians amongst Raila Odinga who besides is a friend to the family from way back.

“The government should support local investors who have used billions to construct such companies and KRA should not use its muscle to oppress investors,” he said.

Raila likened the loss of Tecra to that of his son Fidel five years ago, terming this as the most difficult moment for the Keroche family.

“It’s very painful for a parent to lose a child and I take this opportunity to condole with the family at this very painful and difficult time,” he said.

Keroche continues to battle two wars, that of losing a daughter and that of retaining their stakes in Keroche.

Spraying Disinfectants On The Streets Doesn’t Kill Covid-19 And Is Harmful, Says WHO