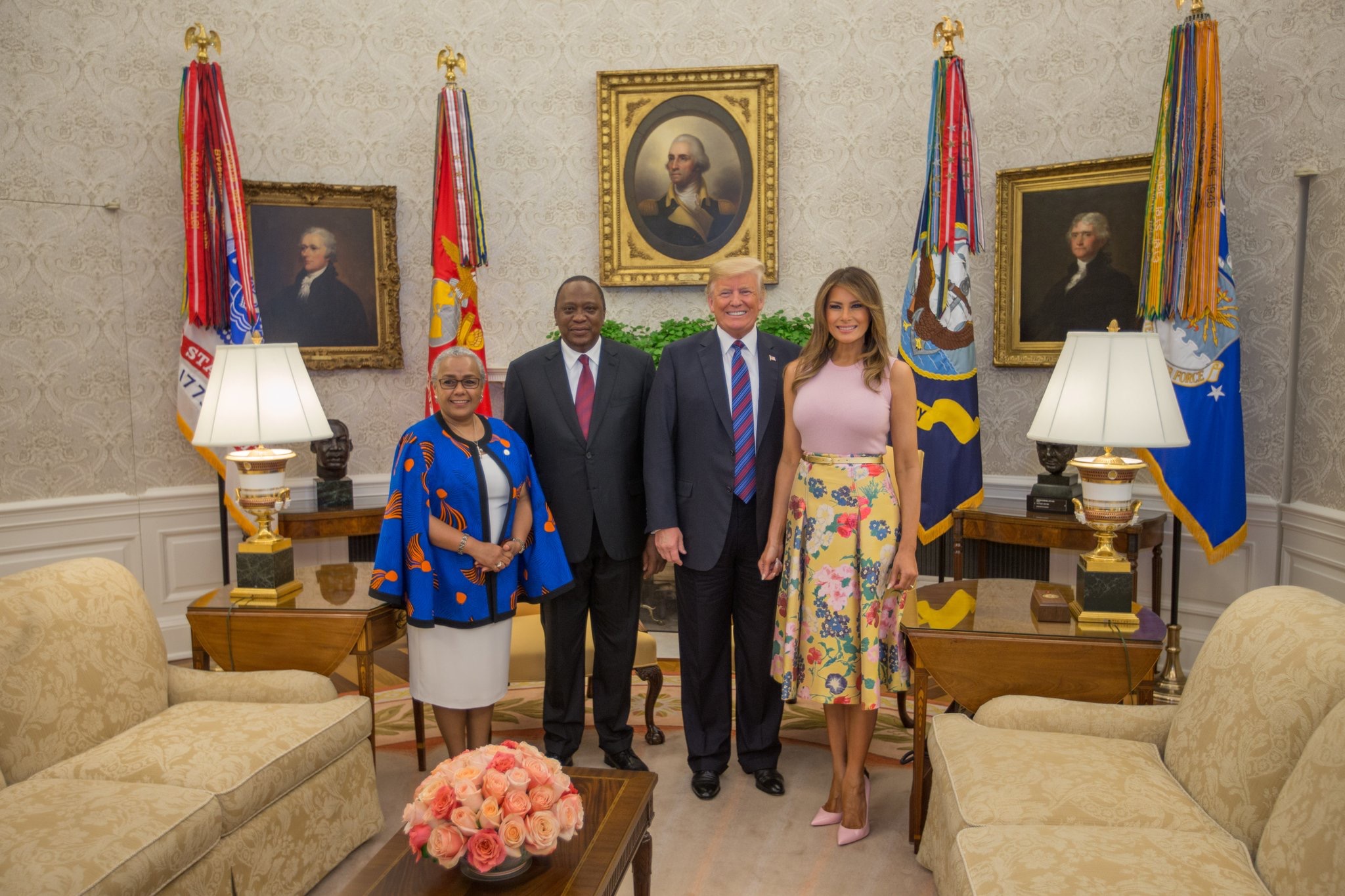 The Financial Times reported that Trump called President Buhari the most lifeless person he ever met after their meeting earlier this year. He said he would never want to meet such a lifeless person. Many had hoped that his meeting with the more urbane and youthful Uhuru Kenyatta would redeem our image & enhance US-Africa ties and to some levels it did.

Donald Trump’s powerful handshake has become a hallmark of his meetings with other world leaders, fascinating armchair psychologists who see his vigorous technique as a tactic to assert authority.

The meeting between French President Emmanuel Macron and Donald Trump saw the pair grip each other’s hand so firmly that their knuckles turned white. 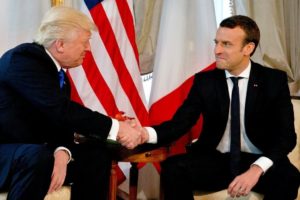 Emmanuel Macron studied videos of Donald Trump shaking people’s hands to get ready for their first encounter, where the French president came off the stronger after a white-knuckle contest between the two leaders. 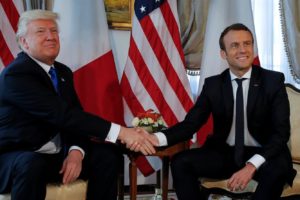 Macron looked up footage of Trump’s erratic handshake technique, where he yanks the whole arm of the other person towards him in an apparent act of dominance.

When Macron’s turn came, however, he was ready. The encounter was at a NATO summit last May, and Macron seemed to come off stronger in a battle of wills with Trump.

Related Content:  VIDEO: Moments When The Ugandan Military Took Over Entebbe Runway Before Arresting And Bundling Away Bobi Wine

When President Kenyatta walked into the White House, he knew what he was walking into and his handlers must have obviously studied Trump’s push-pull handshake and prepared him to counter. At first Uhuru is seen to be under control but Trump has been in the game for too long as President Kenyatta is seen at some point to be overwhelmed, subdued and the muscles on his face screaming ‘Sawa boss nimekubali’. 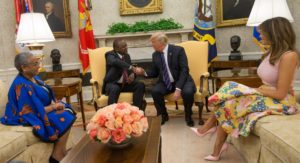 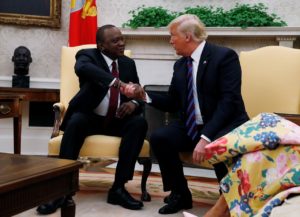 The two leaders’ handshake is the latest in a long line of awkward greetings involving Mr Trump, although it is usually the US president who is the aggressor.

Speaking during a bilateral meeting held at the Cabinet Office in the White House, President Kenyatta and President Trump also agreed to bolster the Kenya-US partnership in peace and security especially in the Horn of Africa region. “We’ve had strong relations that stretch back – all the way back to our own independence. And we are here to cement that partnership. We are here to strengthen the support we have received as a country, especially with regards to our security and defense cooperation,” President Kenyatta said. 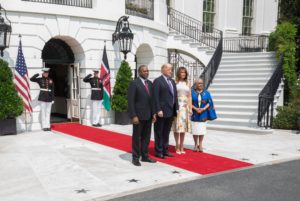 President Trump said Kenya and the US will continue to work together to grow their partnership in trade, investments and security. “We do a lot of trade. And we do a lot of defense and security. And we’re working very much on security right now. And I appreciate you very much being with us and your staff. This is really great,” President Trump said. 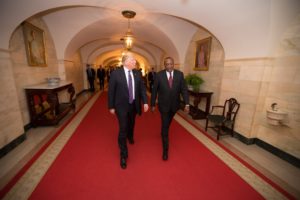 President Kenyatta walked through the White House by his counterpart Trump.

After the official welcome formalities, President Trump ushered President Kenyatta into the Oval Office for one-on-one talks before joining their respective delegations for the bilateral talks in the Cabinet Room. Similarly, First Ladies Melania Trump and Margaret Kenyatta held separate private talks in the Diplomatic Reception Room in the West Wing of the White House. 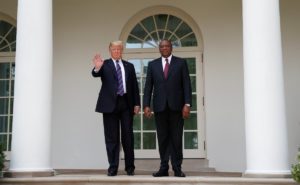 The two presidents at the White House.

President Kenyatta’s historic visit to the White House makes him the third African leader to hold direct talks with President Trump, the only other two leaders having been Egypt’s President Abdel Fatah al-Sissi in April 2017 and Nigeria’s President Muhammadu Buhari in April this year.

Before the White House visit, President Kenyatta earlier met and addressed members of the US Business Council for International Understanding (BCIU) and encouraged them to take advantage of the opportunities created by his Big Four development blueprint by investing more in Kenya.