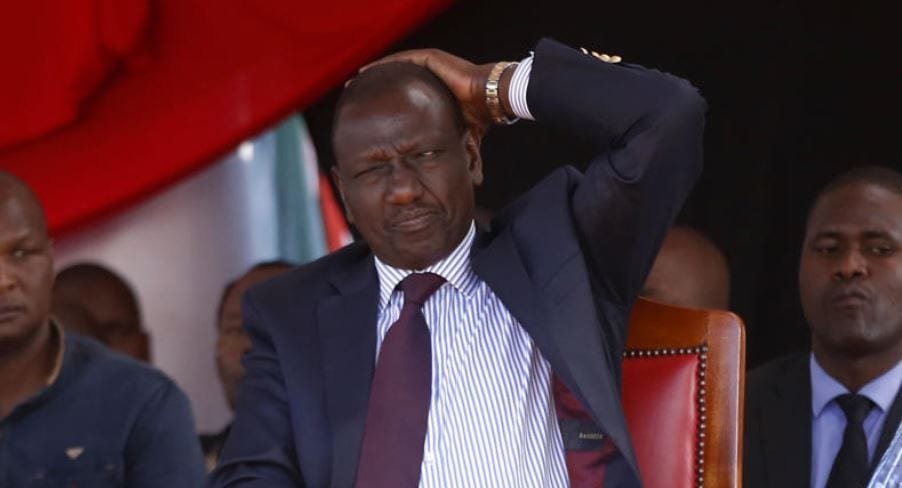 It’s always advised to read, re-read before posting anything on the internet because of one key fundamental; the internet never forgets. Nothing that you post and delete will disappear. This would become the hardest lesson for Dennis Itumbi who’s now DP Ruto’s digital point man.

Priding himself as a fact checker, Itumbi made a post as a rebuttal to the People’s Daily that linked Ruto to the Ruai land that was repossessed by the government on Wednesday.

The piece of land which was illegitimately taken from Nairobi Sewage company was found to be under Renton Company Limited ownership and Patrick Osero listed as one of the directors.

In their story, the newspaper revealed that Osero was a conduit of the DP and a business partner who also at one point tried to cover up for him over Weston Hotel ownership when the story of land grabbing was on fire. Osero is also listed as one of the Weston’s owners. DP would later on admit to the ownership of the hotel that sits on a grabbed land from KCAA.

Itumbi attempted to distance the DP from the Ruai saga by posting the listed owners of the said land but this would go horribly wrong for him.

In the list, Itumbi unknowingly revealed a long chain of DP’s conduits including Governor Waititu’s wife. Waititu who was bundled out of office last year is also entangled in endless land disputes and a close associate of the DP.

Related Content:  A 14 Year Old Girl Set To Testify Against a Police Officer Who Had Defiled Her In A Cell Has Disappeared While In Police Protection

As many continued to poke holes in his tweet, he quickly deleted it and made a rejoinder which was more of a consolation and admitting that he had been subdued, “The Ruai land has been repossessed. Now let us build the sewage as was claimed. As we do that, let us discuss Land ownership in Kenya. TJRC and Ndungu Land Report are good starting points. Political Innuendo & Conjecture does not change #SystemYaFacts on Land ownership in Kenya.”