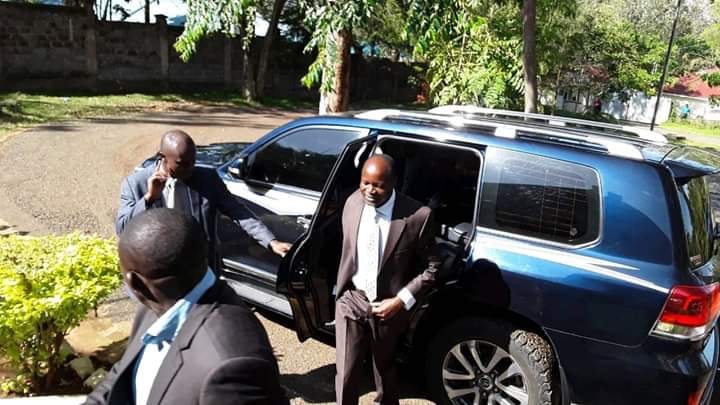 For 34 days, the county boss stayed without the luxuries and pomp that power comes with. Obado who was arrested and charged over the death of his girlfriend Sharon Otieno, would spend his days and cold nights in Industrial Area as he fought for the court to grant him bail and his wish was granted last week.

Mr Obado was released from the Industrial Area Prison on Thursday evening after being freed on cash bail. The governor is out on a Sh5 million cash bail but he cannot go to his palatial home in Rapogi because it within a 20km radius the court ruled he should not breach lest he is taken back to prison. 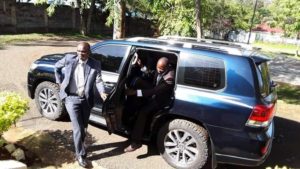 Obado disembarks from his official car when he arrived in the office.

To conform with the terms, Obado has now moved to his old house in compliance with High Court bond terms that require him to stay away from Homa Bay’s boundary by at least 20km.The Migori house belongs to BAT Kenya and was rented by the county administration in 2014. He vacated the house three years ago when the construction of his new rural home was completed. He has been operating from his Rapogi home, which is within the 20km radius. 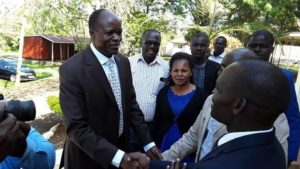 Obado received by his jubilant staff and supporters at the County’s HQ.

Justice Jessie Lessit on Wednesday ruled that Mr Obado was entitled to bond, as none of the evidence and witnesses had directly linked him to the murder of the Rongo University student.

Unbowed by his tribulations which he has repeatedly attributed to politics, the Governor with full power apparatus, reported to work where his staff and supporters at the county’s headquarters welcomed him with jubilation. 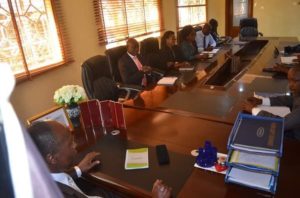 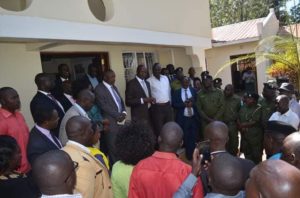 Obado chaired a meeting with his cabinet and was updated on various developments in his absence. Many had thought he’d resign from office given the murder case and integrity scope but all that seem not to be happening. There’s supposedly an impeachment motion in the cooking to oust the governor in what can be said to be a looming battle. For now it’s bsbk to enjoying power contraptions for the Governor who can’t get out of his county.

Related Content:  Pathologist: Count for nothing We have no idea how many ‘Covid deaths’ were actually Covid
Kenya Insights allows guest blogging, if you want to be published on Kenya’s most authoritative and accurate blog, have an expose, news TIPS, story angles, human interest stories, drop us an email on [email protected] or via Telegram
Related Topics:
Up Next