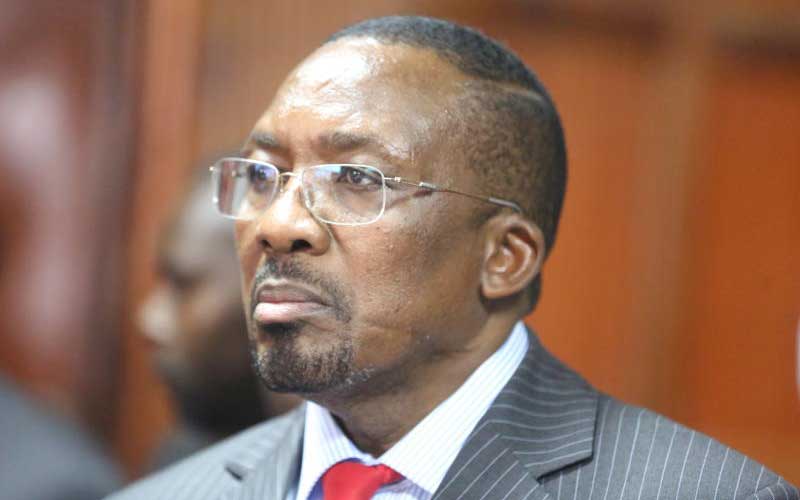 Controversial televangelist James Ng’ang’a is on the spot yet again, this time following accusations that a branch of his church grabbed a piece of land belonging to an elderly woman.

Neno Evangelism Centre, Bulbul branch in Ngong, Kajiado County, has also defied orders issued by the National Land Commission (NLC) and the County Lands Board to vacate land belonging to Ms Susan Ngina Kanyila whom both agencies have said owns the land.

The church, through Mr Joseph Muriithi Mborothi, illegally encroached on the woman’s land and started building a church structure in 2013. Ms Ngina has accused Neno Evangelism Centre for dividing her quarter-acre piece of land and building a church where services continue despite the NLC declaring that the land was given to her by the government in the 1970s after living in the area as a landless citizen.

The National Land Commission ordered Neno Evangelism Centre to stop any development at the property in January 2016, an order which Ms Ngina says fell on deaf ears.

She has also accused her neighbour, county lands boss Joseph Muriithi Mborothi, who also owns a piece of land in the area, of encroaching into the land and conspiring with the Neno Evangelism Centre to rob her of the land.

The woman who has lived on the land since 1976 says she fears for her life as even the area chief is out to get her land. “One day, the chief mocked me by telling me that I will never win the battle over the piece of land against the church because I am a poor woman,” she says.

Related Content:  Mediamax Is Laying Off Citing Economic Downturn And Massive Losses
Kenya Insights allows guest blogging, if you want to be published on Kenya’s most authoritative and accurate blog, have an expose, news TIPS, story angles, human interest stories, drop us an email on [email protected] or via Telegram
Related Topics:
Up Next