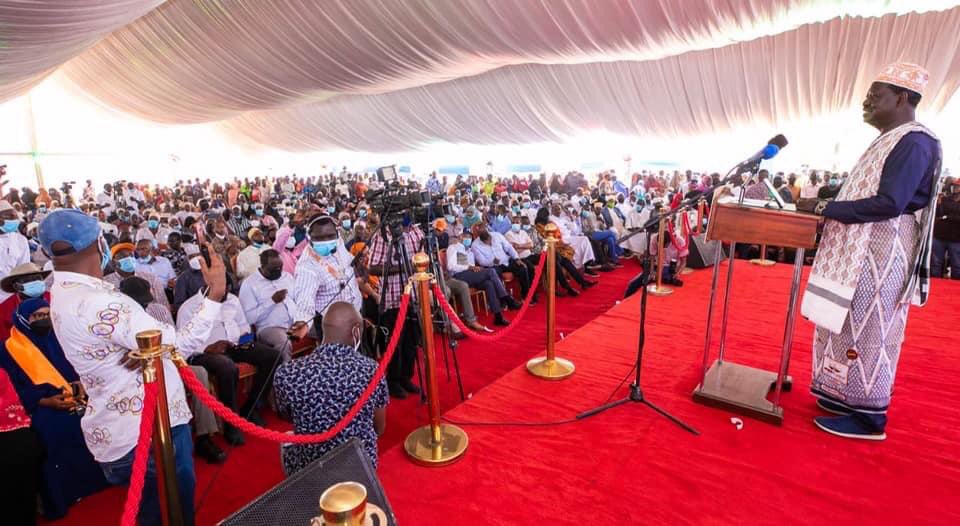 ODM Party Leader Raila Odinga says there is nothing wrong with operating accounts in foreign Countries as long as they aren’t used to hide proceeds of corruption.

He called for calm saying the President was clear that he would address the matter comprehensively on his return from a State Visit to the US.

Raila further revealed that he doesn’t operate accounts outside the Country saying everything is in Kenya.

He encouraged other Kenyans running accounts outside the Country to come out saying he knows there are some hiding money looted from Government coffers.

“I have been in government and temptations are many, At times people who have won tenders will approach you and promise you things saying they will even hide it for you. I have been approached but I refused,” He said.

Raila says corruption remains the greatest enemy to development in the Country arguing it thrives through harambees.

“We must ask questions, where do they get this money from, Everywhere they go they are just dishing out cash to youths, women groups, giving donations to churches, Schools etc. It’s not normal for a person to have such amounts of money,” He said.

He maintains that the funds donated in harambees are likely to have been stolen from Government.

Kenya Insights allows guest blogging, if you want to be published on Kenya’s most authoritative and accurate blog, have an expose, news TIPS, story angles, human interest stories, drop us an email on [email protected] or via Telegram
Related Content:  The International Women’s Day: Blame game masks gender parity in Kenya
Related Topics:Pandora PapersRaila OdingaUhuru Kenyatta
Up Next

Voter Registration Lowest In History, Youths Have Kept Off

Why Raila is giving in to Kikuyu demands for Nairobi governorship