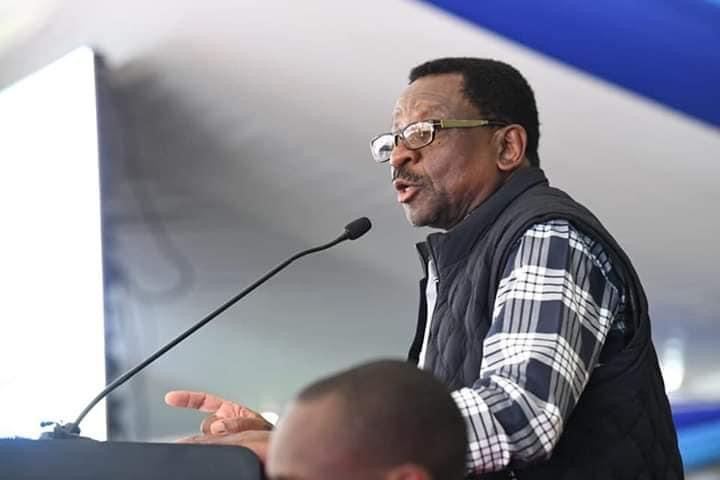 Senator James Orengo in Tuesday took to the floor to address the controversial issue of the burial of Mr. James Oyugi Onyango in Ukwala, Siaya.

Orengo also doubles as a leader in the county at hand.

Orengo had earlier on Monday directed his lawyers led by LSK Chairman, Nelson Havi to institute a legal suit over what has been termed as a barbaric and most inhuman burials of recent times.

Mr. Oyugi was hurriedly buried on Sunday morning with his body bundled in a body bag and buried in a shallowly done grave. Many Kenyans have come out to the call the authorities over the manner in which this was conducted.

“While we appreciate the circumstances in which the country is in, and cognisant of the ministry of health guidelines, on handling the bodies of the persons who have died of Covid19, the burial of James Oyugi elicites serious concerns that I would wish the Ad-Hoc committee on Covid19 situation in Kenya to look into.” Orengo rose to the floor.

Agitated with the matter, Senator Orengo wants the committee to answer these four key matters;

Related Content:  United States Delivers 14 Ventilators to the Coast General Hospital to Support Kenya’s Response to COVID-19
Kenya Insights allows guest blogging, if you want to be published on Kenya’s most authoritative and accurate blog, have an expose, news TIPS, story angles, human interest stories, drop us an email on [email protected] or via Telegram
Related Topics:
Up Next

Covid-19: Sonko Is Giving Away A Bottle Of Hennessy To Every Household And This Is His Reason