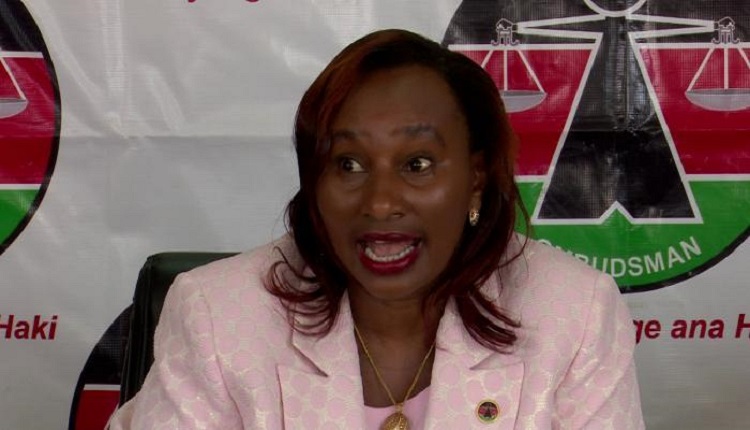 Uproar continues to greet recent revelations of mistreatment of Kenyan migrant workers in Saudi Arabia amid demands for answers from state agencies concerned.

The Commission on Administrative Justice (CAJ) has weighed into the matter, expressing concern over the plight of Kenyans facing exploitation in the oil-rich Gulf states.

CAJ chairperson Florence Kajuju wrote to the Cabinet Secretary in the Ministry of Labour and Social Protection Simon Chelugui asking him to clearly indicate his position on the matter and the ‘steps taken if any, or intended actions and time-frames,’

“Regrettably….distress calls of Kenyan workers in Saudi Arabia have been ignored with fatal consequences,” Kajuju lamented.

The attention of the Commission has been drawn to a story aired on @citizentvkenya on Sunday August 15, 2021 "The Saudi Ordeal" detailing various accounts of inhumane treatment of Kenyan workers in Saudi Arabia as a result of rogue recruitment agencies.

In the letter to the CS Thursday, the Ombudsman further indicated that it is in receipt of complaints to the effect that attempts by victims and their families to pursue justice have been frustrated.

“We look forward to hearing from you with a view to remedy lapses in the administration of migratory labour,” Kajuju told Chelugui.

And she did not stop there. She further took issue with the National Employment Authority over the presence of rogue recruitment agencies who abandon workers as soon as they arrive in the Middle East.

In her letter to NEA Director-General, Kajuju wants to know the status of regulation of private employment agencies sending Kenyan workers to Saudi Arabia.

“Section 8 of the Commission on Administrative Justice Act, 2011 mandates the Commission to look into complaints on maladministration including delay, ineptitude among others,” Kajuju noted in her demand letter.

Kenya Insights allows guest blogging, if you want to be published on Kenya’s most authoritative and accurate blog, have an expose, news TIPS, story angles, human interest stories, drop us an email on [email protected] or via Telegram
Related Topics:COMMISSION ON ADMINISTRATIVE JUSTICE (CAJ)FLORENCE KAJUJUKENYAN MIGRANT WORKERSOMBUDSMANSaudi ArabiaSIMON CHELUGUI
Up Next