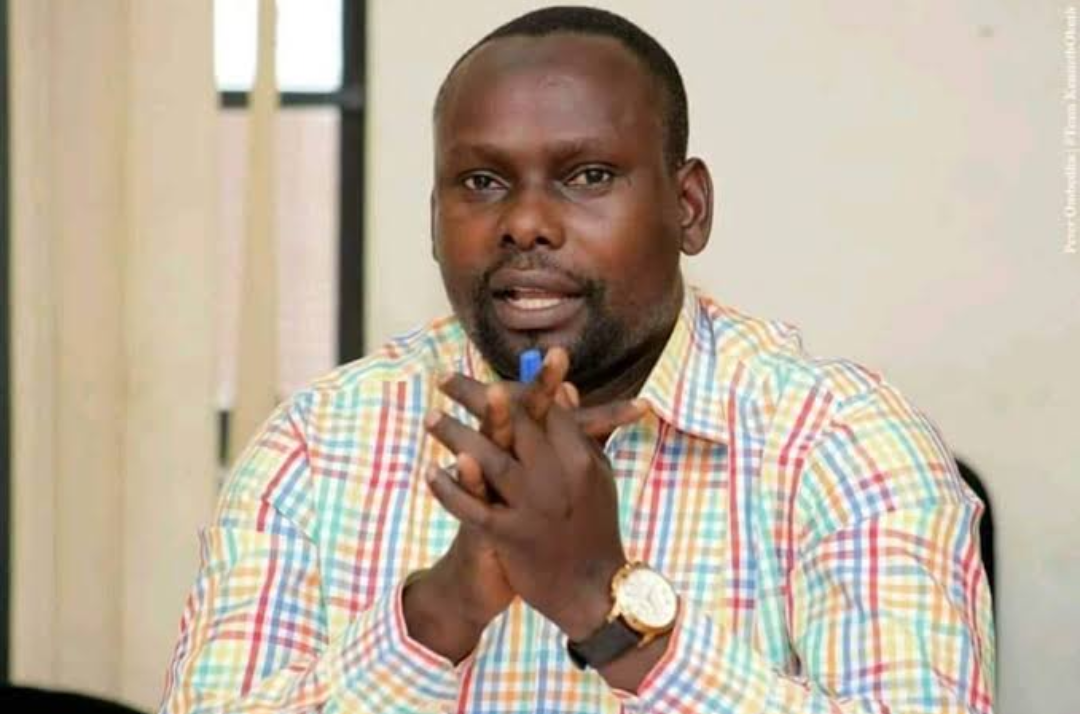 Raila Odinga is once again on the political frying pan after the family of the late former immediate Kibra MP Ken Okoth asks him to endorse one of their own.

Imran Okoth, the younger brother to the late Okoth wants ODM party and it’s leader, Raila, to endorse one of them as the next Kibra mp.

Oluoch appealed to Raila just a day after the late Okoth’s body was cremated at Kariokor cemetery in Nairobi on the morning of Saturday.

Elvis Oluoch, the Nephew to the late Okoth, told local press that the family will be sending plenipotentiary to ODM’s leader Raila Odinga to get plans of endorsing Imran Okoth, the former MP’s personal assistant and younger brother as the Kibra MP.

Imran Okoth, was the led and organizer of development projects in Kibra constituency for three years that the late Okoth was away for medication.

“We want to appeal to Raila to see if he can give one of the family members that opportunity to take care of the next three years,” Oluoch said.

“We have one Imran in mind. He was the personal assistant to Ken and was the one taking care of everything when Ken was sick. So we thought he is the right person to do that because he knew every plan Ken had concerning Kibra.” Imran added.

Raila, whose own daughter Rosemary Odinga, had ambitions to vie for the now vacant seat, is supposed to make his decision both as ODM’s party leader and as a family friend to the Late Okoth’s family.

Early 2017, Raila’s daughter Rosemary, withdrew from the Kibra parliamentary race and most of her political ambitions on medical grounds.

“It is following my doctor’s advice that for the time being, I will continue serving my community in other capacities and regrettably bow out of the race for Member of Parliament,” Rosemary said while addressing the media at her Hospital room in South Africa.

Rosemary had launched her bid to vie for the Kibra seat in January 2017, but was later taken ill and transferred to South Africa for further specialized treatment of a brain stroke that left her partially visually impaired.

Rosemary was, preferably Raila’s choice in the fight to get ODM’s ticket.

Rosemary was set to fight it out with the former immediate late MP Ken Okoth, Mr Eliud Owalo the former Raila’s aide and Martin Okoth.

Raila has been the Kibra MP for over 20 years and Kibra being his ODM’s zones will have the final say on who, the Party will endorse and wishes to succeeds the late Okoth.

Will he choose one of his own or he will go as the Okoth’s family wishes? Time will tell.

Kenya has been having political inheritance in most, even though not all, of events where the leader succumbs to longtime illnesses.

The latest of them being Kitui West MP Edith Nyenze who was elected to succeed her husband, Francis Nyenze, who succumbed to cancer.

Political heirs seem like the best decision to give the bereaved Family an appreciation of the well the late has been doing to the society.

The change of Kibra is inevitable and Herculean political and social steps towards that realization have to, if not, must be cohered to.

Raila has to make a sagacious decision between his own family, Okoth’s family and most definitely, without doubt  the larger Kibra family.

Kenya Insights allows guest blogging, if you want to be published on Kenya’s most authoritative and accurate blog, have an expose, news TIPS, story angles, human interest stories, drop us an email on [email protected] or via Telegram
Related Topics:Imran OkothKen OkothKibra MPRaila Odinga
Up Next