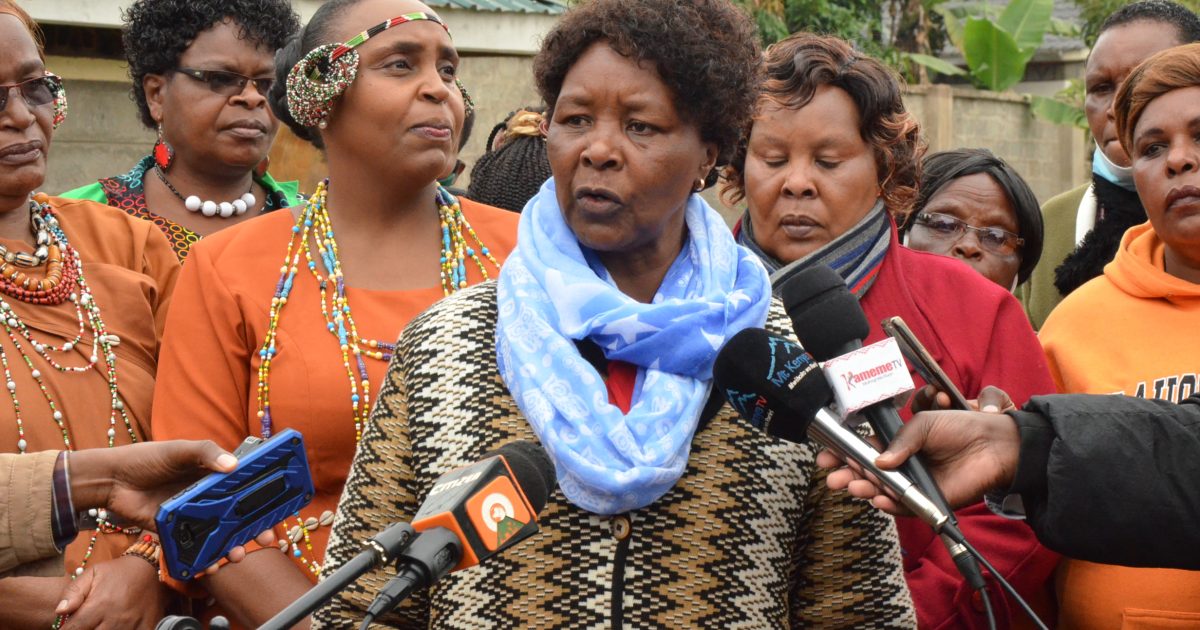 The women threatened to match to Karen office of the Deputy President William Ruto in protest if MPs Johanna Ng’eno (Emurrua Dikir) and Oscar Sudi (Kapseret) do not apologize to Mama Ngina over the insults and bad language they used on her.

Speaking in Nyeri town and led by the local Maendeleo ya Wanawake Organization (MYWO) chairperson Mrs. Purity Ngunjiri, the women condemned the utterances saying that President Uhuru Kenyatta and the first family deserve respect from the leaders.

The women spoke as leaders across the political divide continue to condemn the utterances and demand apologies from the two legislators.

They expressed fear that the utterances were likely to whip ethnic emotions and lead to political violence as the 2022 election approaches.

“The women and children suffer more during political violence and we do not want a repeat of the 2007/08 post-election violence,” said Nyeri deputy governor Ms. Caroline Karugu who was also present.

The MPs Johanna Ng’eno and Oscar Sudi have been recorded uttering unsavoury remarks against Uhuru and the first family.

Ng’eno was yesterday charged in a Nakuru court with hate speech and offensive conduct and denied the charges.

Kenya Insights allows guest blogging, if you want to be published on Kenya’s most authoritative and accurate blog, have an expose, news TIPS, story angles, human interest stories, drop us an email on [email protected] or via Telegram
Related Content:  Raila's Good Days are Behind Him, The Luo Nation Should Focus On His Successor
Related Topics:
Up Next