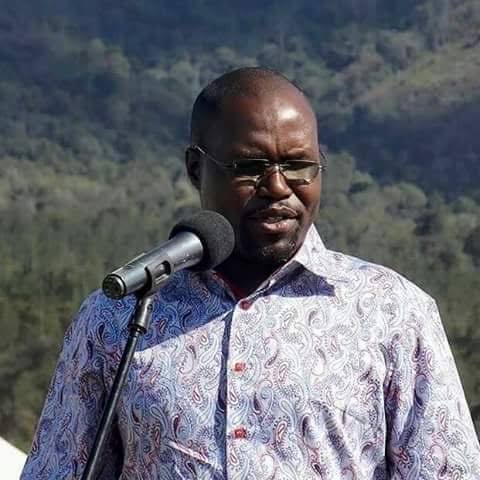 Emurua Dikirr MP Johana Ng’eno is a man walking on a tight rope and seems to be jumping from the frying pan to fire. Following a heated speech that he gave on Monday that has landed him trouble and behind bars, the fuming MP had gone full throttle on President Uhuru and his family.

“You are not Kenya and Kenya is nor Kenyatta’s or Mama Ngina’s land. This land belongs to 47 million Kenyans, you cannot run it as you wish,” Ng’eno is quoted saying.

His remarks has earned him a whip from his sponsoring party KANU that has now expelled him from the party giving him the option of seeking a new mandate in a by election using a party of his choice.

KANU’s Sec-General made the announcement. Salat also cited alleged hate speech remarks that saw Ng’eno arrested on Monday, September 7, as one of the reasons it used to resolve to sever links with the lawmaker.

“We in KANU have found that honourable Ng’eno has fallen short of provisions of Article six of the constitution and he should therefore be stripped off the privileges to serve Kenya as a state officer. In this regard, in as much as we sympathise with the people of his constituency, public interest demands that he does not continue being a member of KANU.

The people of Emurua Dikirr will have to choose between peace and anarchy. The way he has been behaving is unbecoming, we, therefore, have to part ways. We are parting ways as a party and he has the freedom to pick any other party he wants but as KANU, we are parting ways with him,” said Salat.

Related Content:  MPs Declare Support For BBI During Naivasha Retreat
Kenya Insights allows guest blogging, if you want to be published on Kenya’s most authoritative and accurate blog, have an expose, news TIPS, story angles, human interest stories, drop us an email on [email protected] or via Telegram
Related Topics:
Up Next