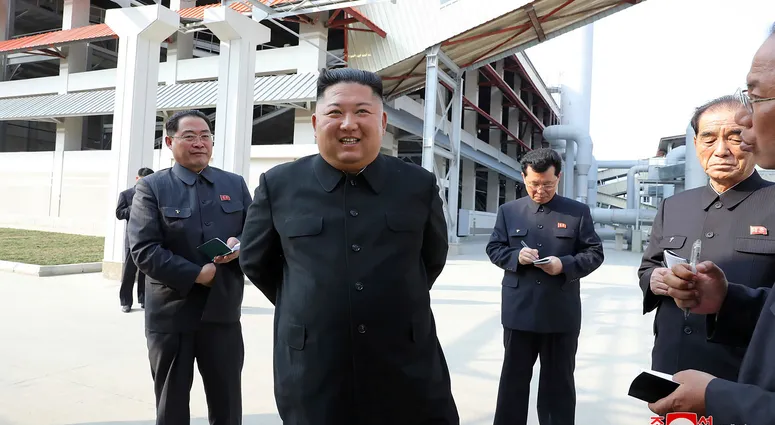 North Korea’s state-run KCNA news agency said on Saturday (Friday evening in Kenya) that leader Kim Jong Un participated in the completion of a fertilizer factory in Sunchon, a region north of the capital, Pyongyang. This was the first record of his public activity since April 11.

Kim cut the ribbon to indicate that the factory is ready, the agency said. The news did not initially present any photos of the present day.

Reuters was unable to independently verify the KCNA report.

Rumors about Kim’s whereabouts began after the North Korean leader missed the April 15 ceremony that marks the anniversary of the country’s founder and grandfather, Kim Il-sung – the most important date on the North Korean political calendar. Since then, several reasons for his absence have been speculated, from self-isolation against coronaviruses, undergoing cardiac surgery, very serious hospitalization and even his death, as reported by the celebrity website TMZ.

On Tuesday, North Korea’s monitoring site NK PRO reported satellite images showing that boat movements frequently used by Kim, suggesting that he or his entourage might be in the Wonsan area.

Last week, a report from the 38 North project, also based on satellite images, indicated that the North Korean leader’s alleged train had parked at one of the resort’s stations. The rumors repeated episodes that also happened to Kim’s father and grandfather. Without a free press and without much reliable intelligence, it is very difficult to obtain information from North Korea. U.S. President Donald Trump declined to comment on information about Kim’s reappearance, saying he would have “something to say about it at the appropriate time”.

Related Content:  How A Fake Jimmy Wanjigi Twitter Account Duped Many Into Believing He Was Buying Eliud Kipchoge A Private Jet
Kenya Insights allows guest blogging, if you want to be published on Kenya’s most authoritative and accurate blog, have an expose, news, story angles, human interest stories, drop us an email on tips.kenyainsights@gmail.com or via Telegram
Related Topics:
Up Next