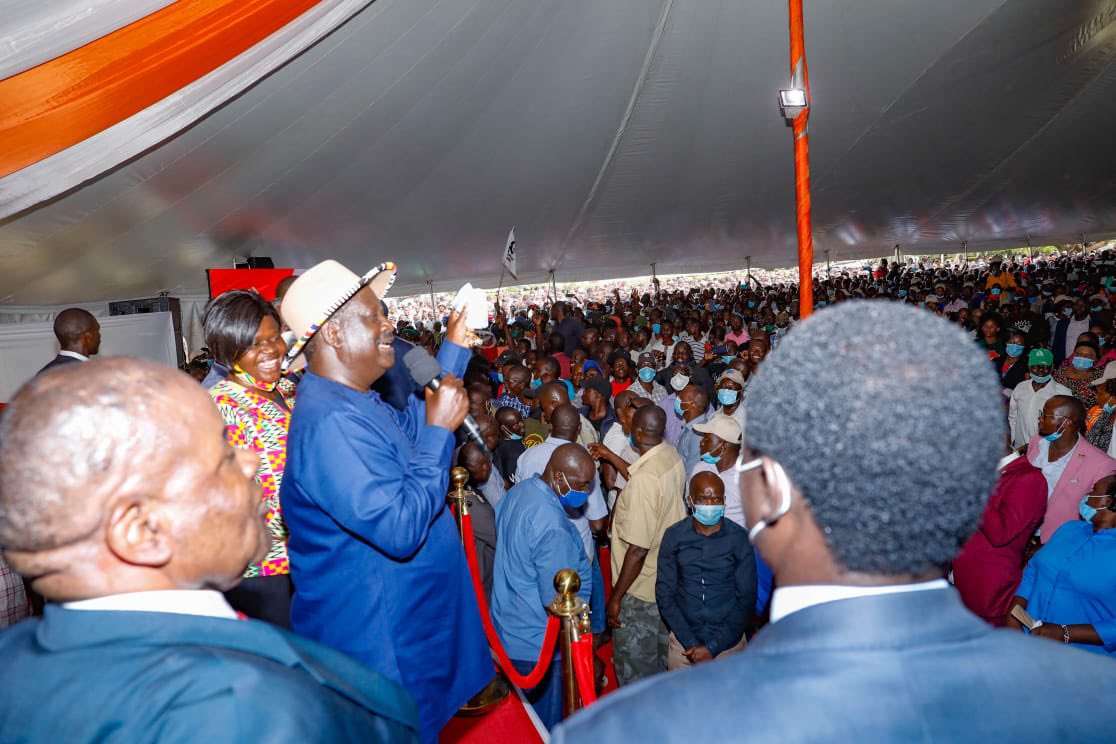 Orange Democratic Movement leader Raila Odinga has yet again reiterated that nothing will stop the Building Bridges Initiative until it accomplishes the purpose for which it was founded.

In an apparent reference to a recent court ruling that barred the Independent Electoral and Boundaries Commission from subjecting the BBI constitutional amendment bill to a referendum, Raila said this was a matter that will soon be dispensed with, paving way for the process to continue to its logical conclusion.

“We are not worried. We are still at the stages of the counties, the it will go to parliament, both houses before it is taken back to IEBC. By the time the matter will be coming up to the IEBC, they shall have resolved the matter.” He said

Speaking after a meeting with Chairpersons of ODM and Jubilee parties drawn from all the 17 sub counties of Nairobi, Raila expressed confidence that the judiciary will fast track the matter and deliver a favorable ruling because of the implications it bears for the country.

our courts are reasonable and we believe they will treat this matter with the importance that it deserves.” He said

The former prime minister insists that the movement that is shaping up that brings together Jubilee, ODM and other political outfits will be unstoppable.

He says BBI holds good tidings for the country and will only work towards transforming the fortunes of Kenyans for their benefit.

“BBI is bringing to many good things. We have a diamond in our hands, but it is being rubbished by those who don’t understand what is in it.” he said

He added that those who have expressed opposition to the document “do not care about the welling of Kenyans. But we want to tell them that they don’t know.”

Kenya Insights allows guest blogging, if you want to be published on Kenya’s most authoritative and accurate blog, have an expose, news TIPS, story angles, human interest stories, drop us an email on [email protected] or via Telegram
Related Content:  President Uhuru Rewards His Former ICC Defense Lawyer With The NLC Chair Job
Related Topics:
Up Next

Raila Is To Blame For The Expulsion Of Jubilee Members, Says Ndindi Nyoro