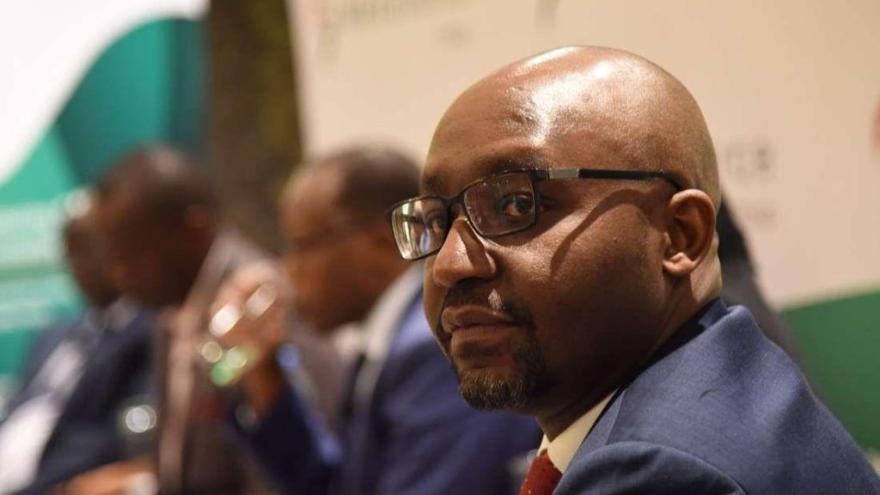 The National Hospital Insurance Fund (NHIF) Chief Executive Officer Dr. Peter Kamunyo is on the spot over failure to explain how Sh200 million in excess of loss insurance cover for the police and prison officers was exhausted.

It all started when Auditor General Nancy Gathungu flagged the use of the amount which was in the account of the Interior Ministry. The period in question is the financial year 2018/19.

While the NHIF CEO, who is also the accounting officer, had earlier said that the matter was settled between him and Interior Principal Secretary Dr. Karanja Kibicho, it now appears nothing of the sort happened.

It is Dr. Kibicho who spilled the beans when he appeared before the Public Accounts Committee (PAC) on Tuesday, by dismissing the claims that the matter had been resolved.

The amount in question has now shot to a whopping Sh400 million, with Dr. Kamunyo unable to explain how the money was spent.

“NHIF has not explained to us how the excess of loss covers for the financial years 2018/19 and 2019/20 was used. It is good if you summon the NHIF CEO quickly so that he can explain how the money was expended,” Dr. Kibicho said.

The excess loss amount was part of the Sh4.79 billion comprehensive medical cover awarded to NHIF on September 26, 2017.

The cash was meant to cushion members of the national police service who might exhaust their cover limits.

Dr. Kibicho has since asked the committee to summon the NHIF CEO, for him to explain how the money was exhausted.

Did Dr. Kamunyo mislead the committee while on oath? All witnesses appearing before the committee are required to take an oath committing to speak the truth.

Under Article 125 of the constitution, parliament and its committees have been likened to a court of law with the force to summon witnesses to appear before them to provide information.

“The issue of numbers of the police officers who may have benefitted as explained by Dr. Kamunyo almost became clear but the authorization was worrying,” the Ugunja Member of Parliament said.

On his part, Garissa Township Member of Parliament Aden Duale pointed out that, “Had you (PS Kibicho) not raised this matter, as a committee we would have marked it as resolved.”

The Interior Principal Secretary said, “it is not the business of the NHIF CEO to decide unilaterally how to spend the excess of loss cover.”

Until the NHIF CEO explains how the excess of loss cover millions was expended, PS Kibicho said the Interior Ministry will slash Sh400 million from the insurance premiums payable to NHIF in police cover.

According to the tender documents signed by the Interior Ministry, National Treasury, and NHIF, the amount was refundable at the end of the contract period.

The contract further provides that any request for the excess of loss cover can only be authorized by the Inspector General of Police Hillary Mutyambai to NHIF.

So far, NHIF has not provided evidence that the Inspector General of Police authorized the expenditure.

“If the IG did not authorize him to expend the money, who allowed him?” Interior Ps rhetorically asked.

The Inspector-General of Police and PS Kibicho are said to be frustrated with the NHIF boss’s failure to explain how the amount was spent.

Shahidi News has established that in a letter on February 19, 2021, to the NHIF boss, the Inspector General of Police was adamant that any explanation on the expenditure of the amount must include beneficiary’s name, medical institution, amount, member’s name, date, job group and the total excess of loss cover among others during they contract and extension period. This was critical so as to enable the IG alongside PS Kibicho to adequately respond to audit queries before the watchdog committee.

Interestingly, Dr. Kamunyo, when he appeared before PAC in June this year, was unable to explain why the money had not been refunded.

He also did not provide a breakdown of how it was expended, if at all, there are police and prison officers who exceeded their cover limit.

“Your failure to comply as required by the law led to the Ministry of Interior being cited adversely,” MP Wandayi, then told the NIHIF boss.

According to the Auditor General, failure to show proof of the expenditure makes it not possible to determine whether the National Police Service got value for money that was due for a refund at the end of the comprehensive medical cover contract.

In the past, NHIF was not allowed to engage in the provision of commercial insurance services to public entities and private companies as provided for under section 19 of the Insurance Act.

However, through a gazette notice of April 17, 2020, National Treasury Cabinet Secretary Ukur Yattani exempted NHIF from the provisions of the law.

As a result, the public insurer was permitted to engage in the insurance business.

Section 19 of the Insurance Act provides that any insurance provider operating in the country must be registered with the Insurance Regulatory Authority (IRA), the industry regulator. NHIF is not a member of the IRA.

In 2012, the government-mandated NHIF to provide medical cover to civil servants, as well as police and prison officers.

The move was a result of the high cost of private insurance and the lack of structures to provide a medical cover of such a magnitude.

Kenya Insights allows guest blogging, if you want to be published on Kenya’s most authoritative and accurate blog, have an expose, news TIPS, story angles, human interest stories, drop us an email on [email protected] or via Telegram
Related Topics:Chief Executive Officer Dr. Peter KamunyoNational Hospital Insurance Fund (NHIF)
Up Next