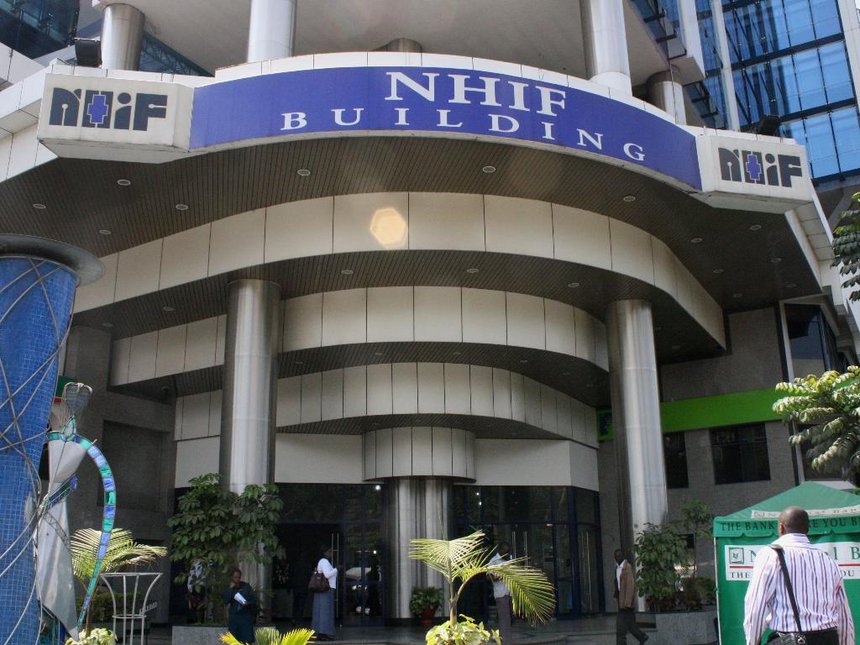 It’s a bleak future for Kenyans as the National Health Insurance Fund goes broke and may not meet its obligations if there is no turnaround on its financial fortunes.

A new report by Auditor General Nancy Gathungu speaks it all, indicating that the national health insurer has a funding gap of over KSh3.6 billion. The fund’s performance has dropped compared with the financial year 2017-18 when it earned an extra KSh295 million.

“The fund’s performance is on a downward trend and if strategies are not in place to reverse the trend, the fund is likely to experience financial difficulties in future,” Gathungu warned.

During the NHIF membership registration drive in Mombasa in July, ODM leader Raila Odinga decried the situation of the fund failing to meet the hospitalisation needs of Kenyans. The former Prime Minister lamented that a number of Kenyans were avoiding going to hospitals because they fear the costs associated with the services.

“With the current pandemic, hundreds of Kenyans have died simply because they could not afford hospital fees. The chance of a greater segment of our population dropping dead from illness is one infection away,” Raila said.

“This burden needs to be taken away from the necks of our people. Kenyans are crying for and deserve insurance subsidies that come with both in-patient and outpatient needs in hospitals,” he said.

The challenges with NHIF have been cited to slow down President Kenyatta’s Universal Health Coverage plan, which is among the pillars of his Big Four agenda. The UHC dream has yet to succeed despite its roots being traced to the Narc government in the botched amendments to the NHIF Act by then Health Minister Charity Ngilu.

The NHIF management has attributed the fund’s loss-making woes to the fact that millions of Kenyans have left their accounts dormant as only 5.1 million accounts are active out of the registered 10.4 million.

Chairman Lewis Nguyai, in pushing for individuals to activate their accounts, once told a meeting in Nairobi that NHIF pays KSh2 for every shilling received by a member.

MPs are currently processing a bill that is hoped would remedy some of the stumbling blocks to the UHC agenda. The NHIF Bill, 2021, seeks to provide that the national and county governments be liable contributors for all public and state officers under a National Health Scheme.

Private employers would also be required to top up their worker’s contributions to ensure the total amount is not less than KSh500 in effort to raise more cash. The proposed law currently before the Senate also sought to stage mandatory registration for persons who have attained 18 years.

Away from the concerns that the insurer is cash-strapped, the auditor has flagged some transactions pointing to possible loss of cash. Among those flagged is KSh1.4 billion that was paid for the drawings and design of a proposed resource centre which was to be built in Karen.

The project is yet to start 15 years later following a land row, whose resolution remains uncertain because of a court case. Gathungu said taxpayers forked an extra Sh3 billion in the construction of a multi-storey car park operated by the fund.

The project commenced in 2003 at KSh909 million but was completed in June 2011 when the total expenditure was KSh3.9 billion – being 337 per cent more than the original contract sum.

“The costs escalation was not justified. Although the issue has been discussed by the Public Investment Committee, no action has been taken on the committee recommendations,” Gathungu said.

PIC had recommended that the director of Ethics and Anti-Corruption Commission investigate the project with a view to preferring charges against those found culpable of any infractions.

NHIF has also been put on the spot over a KSh340 million loan it advanced to the Moi Teaching and Referral Hospital at an interest rate of three per cent. “However, the loan was not supported with a signed loan agreement between the fund and MTRH,” the auditor said.

Also of concern is KSh54 million in Consolidated Bank for which no dividend has been paid, with the auditor saying the investments in the bank’s shares are impaired.

Kenya Insights allows guest blogging, if you want to be published on Kenya’s most authoritative and accurate blog, have an expose, news TIPS, story angles, human interest stories, drop us an email on [email protected] or via Telegram
Related Topics:NHIF
Up Next

How The State Plans To Control The Prices Of Cooking Gas